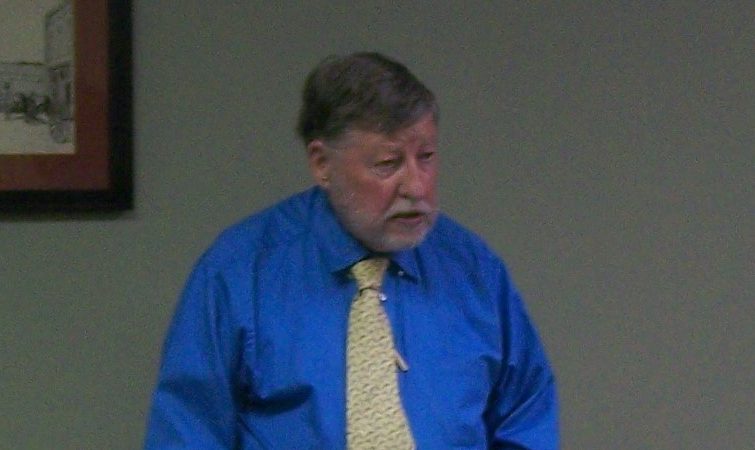 Three storm clouds loomed up over the Columbia Board of Aldermen on Mar. 2: the certainty of the town’s inability to pay the utilities bond debt with current revenues, that the prison has closed and the uncertainty of how to offset the huge monthly income shortfall.

Town manager Rhett White estimates that Water & Sewer Fund revenues for the fiscal year ending June 30 will be about $120,000 less than the aldermen anticipated when the budget was adopted last spring.

The deficit is being caused by the transfer of all offenders from Tyrrell Prison Work Farm to other confinement facilities last November and December. The town has furnished sewage collection and disposal services to the prison since it opened in 1995.

White stated that the prison’s sewer bill fell steadily from $15,825 last November to $4,851 in February.

There is little hope that the prison will reopen with 500-600 inmates, thus the sewer revenue shortfall during the next fiscal year, which begins July 1, will be $220,000, White predicted. The current Water & Sewer Fund budget anticipates $727,384 in revenues from all sources.

White and the aldermen touched on some ways to close the gap. The first suggestion is a combination of cutting expenses and raising water and sewer rates across the board.

What about shutting down one part of the sewage treatment system, which is doable? Start-up costs would be tremendous after the equipment had been idle for a prolonged time period, White stated. He added that system operators are already alternating between the two plants every two weeks as a cost-containment measure because of lower demand after Whitecap Linen Service closed in December 2018 and the prison’s closure a year later.

White also recounted that the wastewater treatment plant was constructed in the early 1990s specifically to accommodate the forthcoming prison and that the system’s capacity was increased about six years ago to pave the way for the town to grow, on the assumption the prison would continue in operation indefinitely. However, no clear written long-term obligations by prison authorities are on record, he added.

Meanwhile, White said, state prison officials are “obviously shopping the facility around” to other state agencies for possible uses, but they are finding it difficult to locate a tenant.

Mayor James Cahoon said he was offended by Gov. Roy Cooper’s reply to Cahoon’s invitation to meet with the aldermen to discuss the problems arising on account of the prison closure.

The governor stated, “My administration is committed to working with you and Tyrrell County on opportunities for positively impacting the Town of Columbia and the county, as we promote sustainable economic vibrancy, which is not dependent on a certain prison population.”

The mayor said a large prison population, using the town’s sewer system as before, is the urgent and critically important need, and general statements about possible long-term solutions won’t help come July 1.

The revenue section of the Water & Sewer Fund’s current budget anticipates $677,834 in water and sewer income from users. The $220,000 expected shortfall in the next fiscal year, all other things remaining the same, would require a 32% increase in both water and sewer rates to balance the budget. (Rates went up 6% last July). This could mean a monthly base upswing of $10 over the existing $28.92, an option aldermen seem to be viewing as a worst case scenario.

A drastic increase such as stated above, which was not voiced by anyone during the meeting, could be modified by cost-cutting, which is already in effect.

Town officials also hold out hope of a legislative bailout, but its magnitude and duration, if it materializes, is unknown.