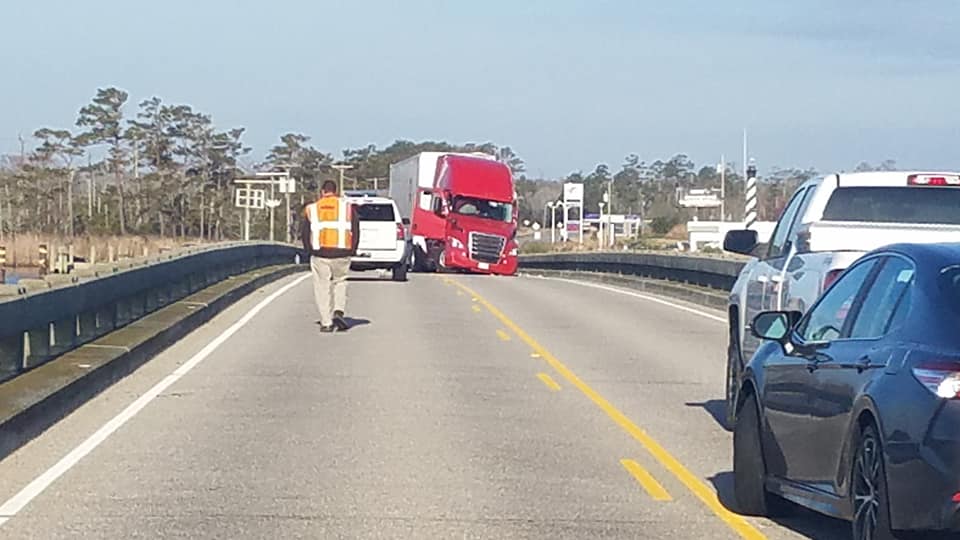 The Lindsay C. Warren Bridge on US 64 that spans the Alligator River between Tyrrell and Dare counties has reopened to traffic. Both lanes of the bridge were closed after two tractor trailer trucks headed in opposite directions were involved in a near head-on collision early Wednesday morning, March 11.

North Carolina Highway Patrol Trooper Matthew Myers said one of the trucks crossed the center line and struck the other 18 wheel semi-trailer truck causing heavy damage to the vehicles and scattering debris across the bridge. Meyers said both truck drivers were taken to the Edenton-Chowan Hospital with what appeared to be minor injuries.

The names of the two drivers involved have not been released, but Trooper Myers says the driver of the semi that crossed the center line will be charged with driving left of center, causing the accident.

Myers said the accident caused quite a mess. The cleanup kept the bridge closed for most of the morning. The bridge reopened to traffic just after noon today.