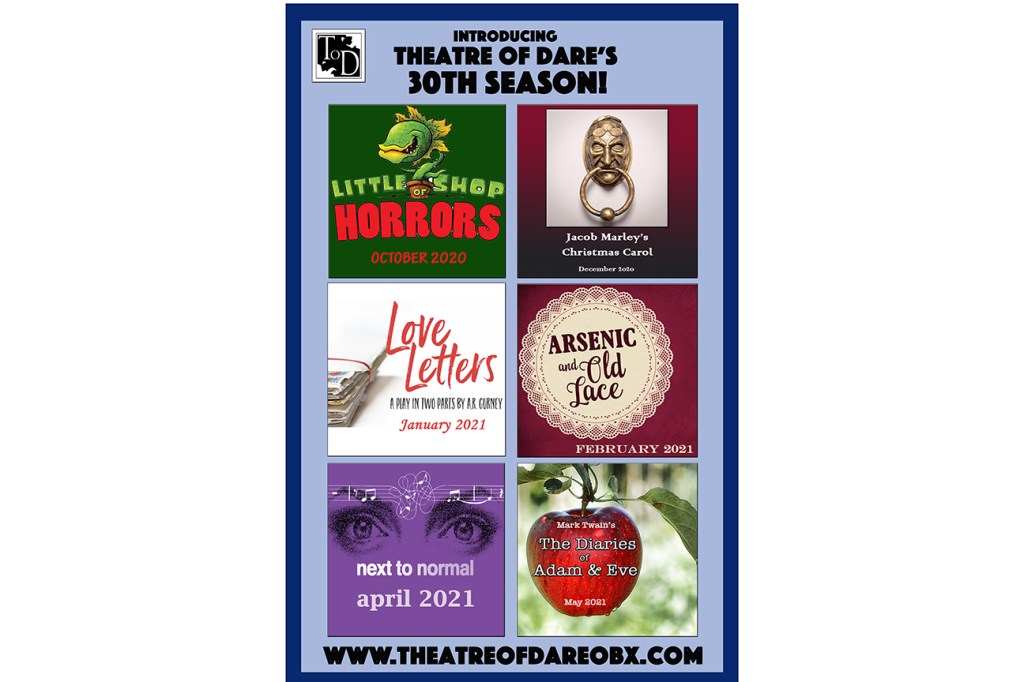 Fresh off accolades for its latest performance of the musical Mame, Theatre of Dare announced plans for its 30th season at a gathering of season ticket holders Sunday, February 23.

“We’re thrilled to be producing this entertaining, well-rounded set of productions,” said TOD president Tim Hass. “Old and new, funny and serious, silly and sentimental. It’s a great representation of everything theater can be.”

For the first time in its history, the group is planning six shows over the course of an eight-month season.

The lineup announced at the gathering is:

– October 2020: Little Shop of Horrors, the 1982 hit comedy/horror musical about a floral shop worker and his man-eating plant. Performed at the Lost Colony’s Sound Stage Theater sometime around Halloween.

– January 2021: Love Letters. Theatre of Dare brings two of its all-time most popular actors back to the stage, as Don and Lisa Bridge perform this two-character show in which a man and woman exchange letters, notes and cards over a 50-year separation. Performed at the Dare County Arts Council.

– February 2021: Arsenic and Old Lace, a beloved American classic comedy about two sweet elderly women who are secretly poisoning lonely old men and burying them in the basement. Performed at the Indoor Film Theater at Roanoke Island Festival Park.

– April 2021: Next to Normal, a powerful rock musical about a suburban family dealing with loss and mental illness. On Broadway, the production won three Tonys and took home the 2010 Pulitzer Prize for Drama. Performed at the Indoor Film Theater at Roanoke Island Festival Park.

– May 2021: The Diaries of Adam and Eve. Theatre of Dare is hoping to perform outdoors for the first time in its history, taking on this adaptation of Mark Twain’s short story. No location has been set yet, but board members say they’re hoping to find the “perfect place” to perform the reverent play about the world’s first love story.

At the unveiling event, Theatre of Dare board members also acknowledged the help and support of The Lost Colony, The Dare County Arts Council and Roanoke Island Festival Park, which all stepped in to host the group’s productions after its longtime home at the College of The Albemarle auditorium was overrun with mold in the summer of 2017 and closed permanently.

“At the time, it was an existential crisis for the organization, but thanks to these three partners, Theatre of Dare is doing better than ever,” said Hass. “They’ve helped us put the ‘community’ back in community theatre, and we wouldn’t be here celebrating 30 seasons without them.”

TOD is wrapping up its 29th Season with the comedy Unnecessary Farce in April. Season ticket packages for the upcoming season will go on sale in May or June. 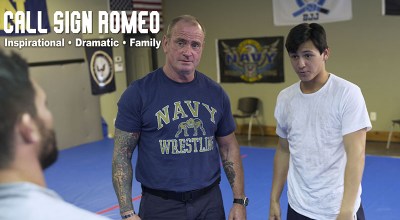 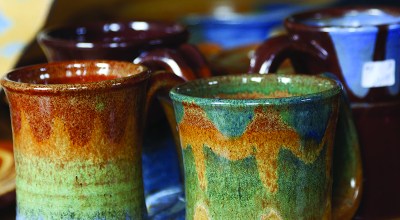