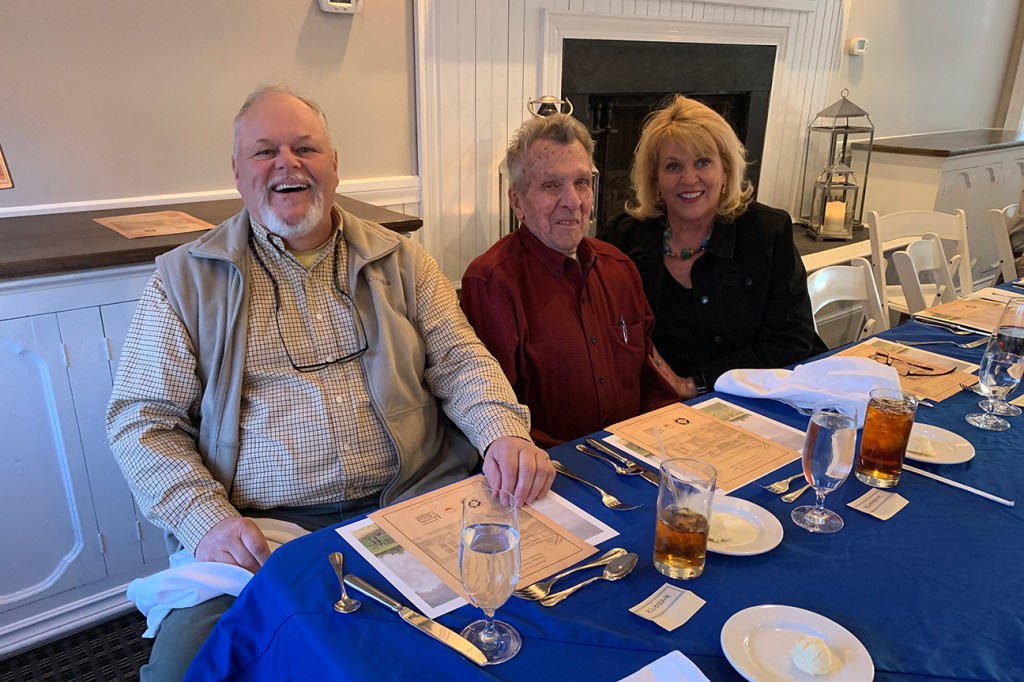 Charlet and his wife, Linda, told accounts of rescues during horrible storms and hurricanes at Chicamacomico Life-Saving Station and the Pea Island Life-Saving Station, just to name a few, during their Saturday, March 7 presentation. Charlet expressed that so many have forgotten about the rescues that the Life-Saving Service made and his goal is to continue telling the stories of these men so they will not be forgotten.

Brian Riddle, executive chef and director of food and beverage at the Lifesaving Station Restaurant, prepared four course dinner similar to what the men in the Lifesaving Service may have eaten, “if they had a really skilled chef,” he said.  Guests enjoyed a “spring tonic” salad first, followed by Bodie Island clam chowder for the second course, braised duck and root vegetables for the entrée and a spiced fig pudding for dessert.

One guest in attendance was Bernard W. Diggs of Virginia Beach, Va, who was born in 1928 and served 30 years in the U.S. Navy.  His father, Bernard W. Biggs, Sr., was born in 1884 and worked with the Lighthouse Service, which performed maintenance on the lighthouses and worked closely with the Life-saving Service. Diggs and his daughter Ann Diggs Rivenbark and husband Henry Rivenbark have frequently spent time on the water and on the Outer Banks. They spent the weekend at Sanderling Resort to attend the Keepers Dinner and to celebrate Diggs’s 92nd birthday.