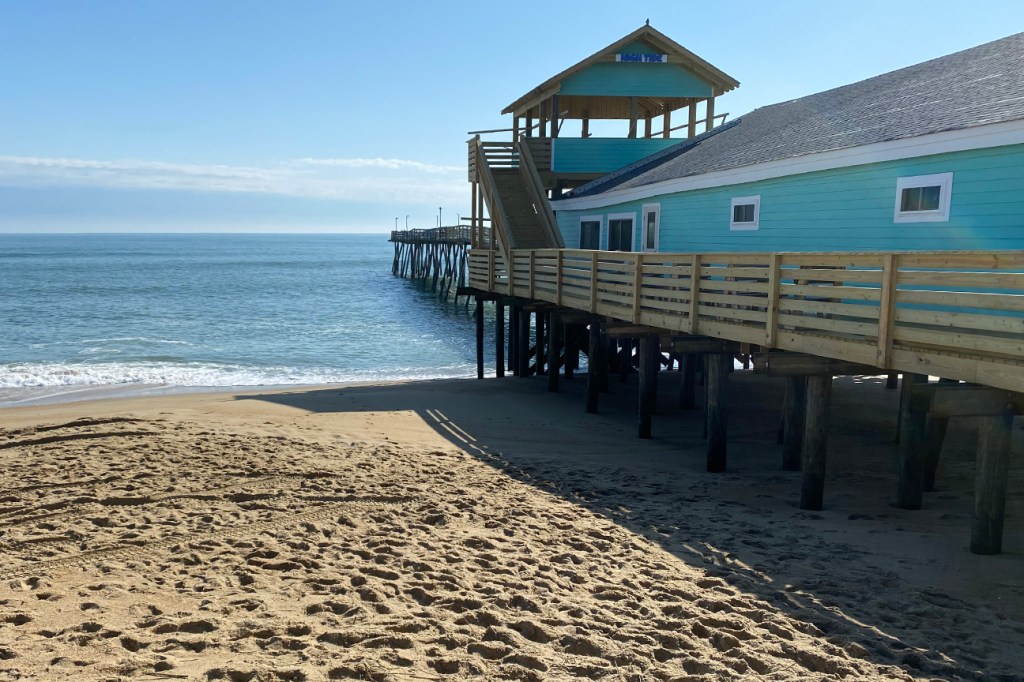 Around 6:55 a.m. on Tuesday, April 7, 52-year-old William B. Koebornick crash landed in the ocean near Avalon Pier while paragliding. Koebornick had a last known address of Kill Devil Hills.

A bystander on the beach near the pier witnessed Koebornick struggling and watched as he landed in the ocean, approximately 50 yards offshore and close to the pier.

The bystander called 911, dressed in a wetsuit and grabbed two surfboards to attempt to rescue Koebornick.

Kill Devil Hills police officers arrived on scene and lowered a rescue rope while the victim struggled to break free from his harness. 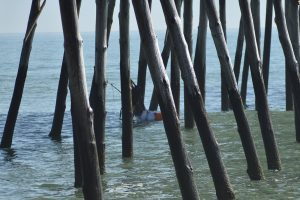 The paragliding equipment tangled in the piers after responders cleared the scene. Danielle Puleo photo

Despite strong efforts by the good Samaritan and rescue personnel, Koebornick was unable to withstand the weight of the motor, the entanglement of the harness and the force of the waves.

A press release by KDHPD stated, “Despite efforts to save him, the pilot succumbed to drowning.”

Kill Devil Hills Ocean Rescue and Fire Departments were on scene to aid in recovery efforts. Ultimately, lifeguards had to cut Koebornick free from the harness.

The press release indicated that ocean conditions at the time of the incident were 2-4 foot seas with a water temperature of about 54 degrees.

“The Department would like to thank the Samaritan on scene who attempted to rescue the pilot. The bravery and selflessness of this individual cannot be overstated,” stated the KDHPD release.

KDHPD also expressed thanks to Dare County telecommunication for their help in organizing the response and rescue efforts.

Discharge of 4,000 gallons of partially treated wastewater reported in Columbia