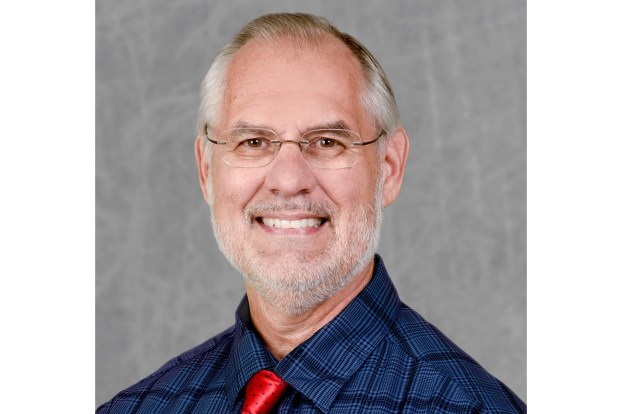 You Decide: What ‘letter’ will the economic recovery follow?

There is now little question among economists – and, I expect, most people also – that the economy is in a coronavirus-induced recession. The definition of a recession is actually rather simple. A recession means the economy takes steps backward rather than steps forward. In other words, the economy contracts, or shrinks, rather than grows and expands. Signs of a recession are increased unemployment, reduced household incomes and lower sales and revenues for businesses.

The fact we’re now in a recession shouldn’t be surprising. Mandating that a significant portion of the economy shuts down, and that people restrict their travel in order to curtail the spread of the virus, was sure to send the economy into a nosedive. Our economy runs on human interactions and trade. When, for health reasons, those can’t occur, our economy doesn’t work.

We’re all hoping these actions will contain and ultimately eliminate the virus soon. People are anxious to get their lives back to normal.

But in terms of the economy, what will “normal” be after the virus crisis? Will the economy simply pick up where it left off? Will jobs, incomes, sales and stock values come back as quickly as they went away? Or will we be in for a long period of modest improvements, with years passing before we fully recover?

Economists see four possible paths that any post-recessionary period can take. Interestingly, they are described in the form of alternative letters of the alphabet.

An “L” shaped recovery is what we don’t want. Here the economy improves very, very slowly – if at all – once the recession ends. It may take several years or even decades for the lost jobs, incomes and sales to be recovered. Because the recovery is so slow, people and businesses feel as if they’re in a never-ending economic hole. Japan experienced an L shaped recovery in the 1990s.

A “V” shaped recovery is what we want. This kind of economic rebound is quick and strong.  Jobs, incomes and sales return to their pre-recession levels within months rather than years. The recessions of the early 1990s and 2000s had V-shaped recoveries. Those who see the virus being quickly beaten and the economy returning to normal by the fall are expecting a V kind of economic boost.

The last possibility is a “U” type of recovery. Like the V recovery, the economy does get out of the recession, but it isn’t immediate. Instead, a U-shaped recovery can take months or possibly several years. The recovery from the Great Recession of 2007-2009 was of a U-shape.

While most hope for a V-shaped recovery, many economists think a U-shape is more likely for several reasons. First, while the just-passed multi-trillion-dollar federal stimulus package is designed to save businesses and keep them intact until after the virus crisis passes, unfortunately I don’t think this well-intentioned effort will be totally successful. There will be some business bankruptcies and closures, meaning unemployment will stay elevated for some time.

There will also be some restructuring in the economy after it gets back on its feet. Many businesses will have innovated and changed their way of operating during the virus crisis. For example, home delivery may continue to replace some in-person dining and shopping even after the virus is gone.

These changes will create some winners but also some losers. Many workers may experience extended unemployment until they reconsider how their skills can be used in the post-virus economy.

There will be changes from – what I call – the re-adjustment factor. Just as with the Great Recession, the virus crisis will have lasting effects on our views and behaviors for decades. Some form of ‘social distancing’ will continue, resulting in reductions for large gatherings at sports and entertainment venues. People may purposefully shy away from any gathering of – say – more than 50 people.

Last, we may be in for a period of extended societal fear: fear of whether the virus lingers, fear of the possibility it or a new virus will return and fear and anxiety over all the changes the virus has caused in our lives.

One economic consequence of fear is often a reluctance to take risks or commit to large purchases. Hence, one casualty of the virus could be homebuying and big-ticket items like vehicles and furniture.

The conclusion is we may be living with the impacts of the coronavirus for many years. Once the virus is eliminated, the first question is which letter of the alphabet the economic recovery will follow. You decide!

Dr. Mike Walden is a William Neal Reynolds Distinguished Professor in the Department of Agricultural and Resource Economics at North Carolina State University who teaches and writes on personal finance, economic outlook and public policy.

Guest Opinion: The coronavirus crisis is depressing, for sure, but you need to keep yourself occupied in order to overcome social seclusion

Guest Opinion: The coronavirus crisis is depressing, for sure, but you need to keep yourself occupied in order to overcome…

by Rebecca Weber Everyone enjoys a day off every once in a while. Most kids enjoy those snow days when they... read more