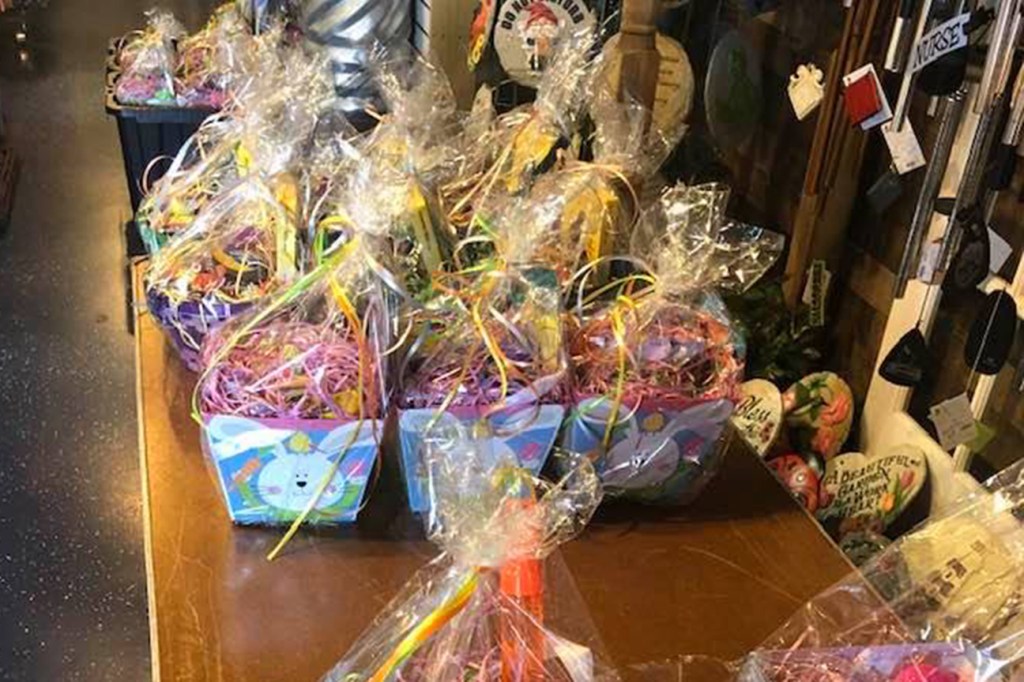 On Saturday, April 11, starting at 9:30 a.m., the surprise of the Easter bunny became real.

The goal: make sure children had Easter baskets. A social media campaign started about 10 days before Easter.

People joined in the campaign. Candy and green grass and toys were dropped off at the two business locations. People gave money and businesses donated Easter items.

All donations were disinfected by Source Church helpers and other volunteers, who wiped down baskets and bagged candy. It was a job that took several days.

On Saturday, at both Vertigo Tattoo and The Gift Garden, social distancing was practiced as cars pulled in and baskets were brought out.

That 2020 Easter Saturday in Dare County, an astounding 775 Easter baskets and gift bags were distributed.

Thanks were extended all those who donated and helped. Some of the people, businesses and organizations thanked for helping with the mission are Kate Woodall, OBX Rod and Custom Auto, Walmart, Garage Band Charities, Jane Gray, Judy McTarnaghan Bear and Fred Bear, FOE Eagles Club, Cat5G Jeepers Club, Marie Degaraff Paul, John L. Windley and Walgreens and Jimmie Summerell.

“This is a fine example of how one man’s dream brought forth an Army of volunteers to make it a reality,” wrote Terry Gray.

A similar project took place in Rodanthe, Waves and Salvo. Pastor Tim Fitch at Fair Haven United Methodist Church also wanted children in those three Hatteras Island villages to have an Easter Bunny visit. Families requested the baskets and people volunteered to deliver them. These volunteers went to the church and selected items for baskets for the children on their lists. Then late Saturday night, deliveries started and continued until noon on Easter Sunday. The program distributed 70 baskets.