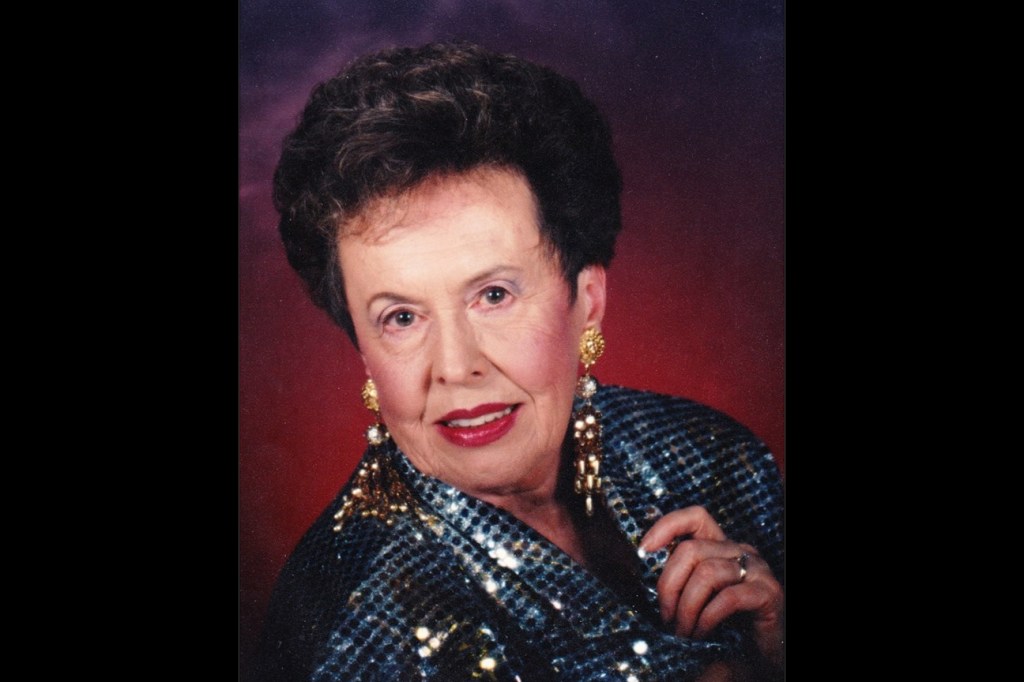 Mrs. Johnson was born in Fall River, Massachusetts on Memorial Day, May 30, 1925, and lived her life telling everyone that the parades held were in her honor. The daughter of the late W. Gerard and Georgianna Desrosiers Lavoie, she was raised by her maternal grandparents, Wilfred and Mederise Desrosiers when her mother died at age 39 (Bernadette was 15). In addition to her parents and grandparents, she was preceded in death by her husband, Gilbert H. Johnson; daughter-in-law, Claudia Harlow Johnson; granddaughter, Kika Johnson; half-brother, Alfred Lavoie; sisters-in-law, Ethel White Lavoie and Dorothy Cooke Lavoie; and a brother-in-law, John Mitchell.

During World War II Bernadette was privileged to have been appointed to the civilian staff at the Naval War College in New Port, Rhode Island. She was just the second woman to be assigned to this highly revered department. However when the returning wounded warriors inspired her to be a nurse, she joined the US Cadet Nurse Corps, “helping the Nation to win the war”. Their purpose was to alleviate the nursing shortage that existed because of the war.

A graduate of Waltham Hospital School of Nursing in 1948, she also studied at NC Memorial in Chapel Hill and Charlotte. A Registered Nurse for 48 years, she opened and directed the first ICU and Recovery Room at Chowan Hospital in Edenton, and had served as the Head Nurse at the Albemarle Hospital Recovery Room in Elizabeth City. She retired from Albemarle Mental Health, completing her career serving as a Psychiatric Nurse.

Known to family and friends as “Bernie”, she was a faithful member of St. Anne Catholic Church in Edenton, serving on the Church Council, as a Lector, a Eucharistic Minister, in the Adult Choir, and as coordinator for “Renew”, a spiritual renewal process. For her work with “Renew”, she received a letter from Mother Teresa and an Apostolic Blessing from Pope John Paul II. Community involvement included volunteering with the Red Cross Blood Bank, working as a guide with the Edenton Historical Commission, and membership in the Edenton Chorale.

Bernadette enjoyed music and singing, traveling, reading, painting, and gardening. She was a very joyful spirit who loved reminding people that she was named after two saints. She never, ever met a stranger. Au revoir Bernadette . . . you will be greatly missed.

Due to the current conditions and restrictions associated with the Coronavirus, a memorial service is being planned for a later date. Those arrangements when complete will be announced by her family and on this website.

Miller Funeral Home & Crematory, Edenton, is assisting the family with arrangements and online condolences may be made by visiting www.millerfhc.com.