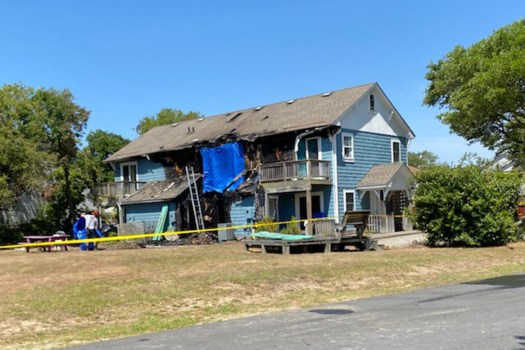 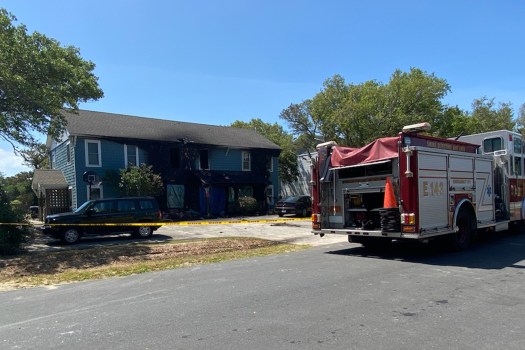 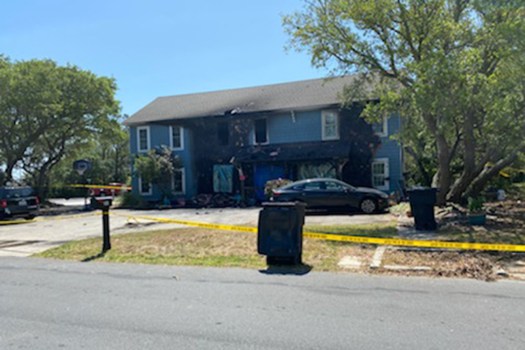 The Kill Devil Hills Fire Department is reporting two fatalities as a result of a fire early Sunday morning.

The fire was extinguished and there was extensive damage to the structure on the first floor and second floor. Neighbor Mary Kennon, who lives directly across from the structure, said that the apartment complex had three units.

Kennon says she was alerted to the fire by one of the building’s occupants around 4:30 a.m. and she said the occupant banged on doors of the other units in the building to alert residents of the fire. “It was so fast,” she said.

The names of the fire victims have not been released at this time, but Kennon said it was a mother and son; “he was my grandson’s best friend.”

“They were beautiful people,” said Kennon, “hearts of gold.”

The fire trucks did not completely leave the scene until around 10 a.m.

Cause of Kill Devil Hills fire still under investigation; fundraiser and memorial set up for victims