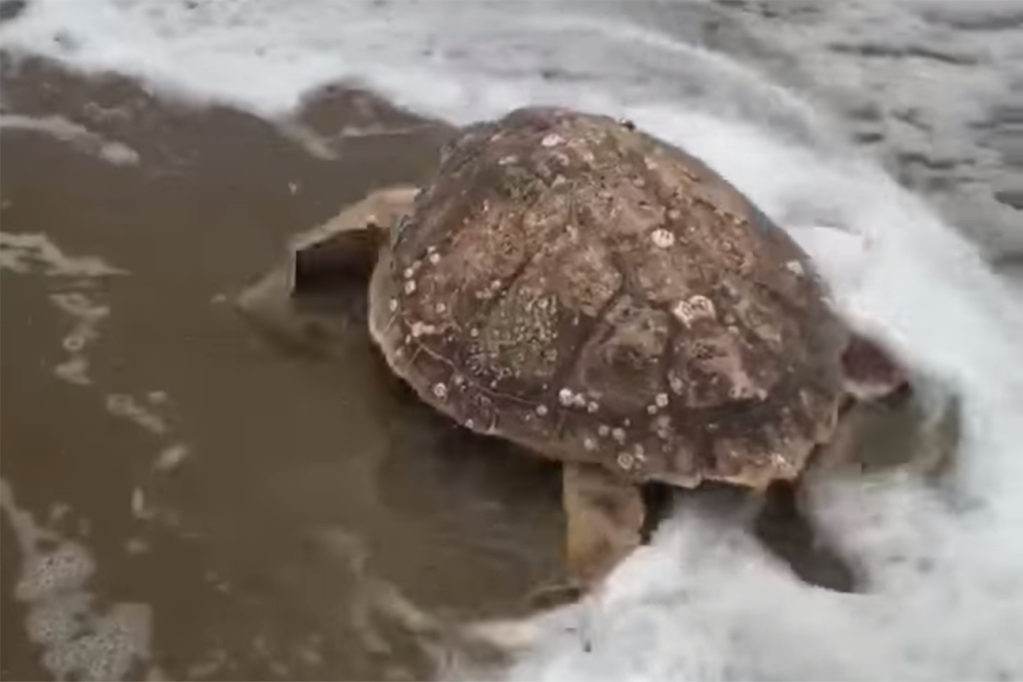 One of 12 sea turtles released May 28. Still from NC Aquarium on Roanoke Island video

The North Carolina Aquarium on Roanoke Island reported that, since ocean conditions were favorable Thursday, May 28, they released 12 rehabilitated sea turtles.

One of the turtles, an adult female Kemp’s ridley, shown first in the video, weighs around 100 pounds. “Earlier this month, people fishing a short distance from Cape Point Campground spotted her entangled in some gear,” stated a Facebook post from the aquarium. “They were able to haul her from the water onto their boat, remove the gear and bring her to volunteers waiting at the marina who then transported her up to the STAR Center at the Aquarium.

“Thanks to these kind people, she was able to get the help she needed.”

NCARI reports the STAR Center rarely has an adult female of this species as a patient. They collected a small skin sample for DNA analysis, which will allow scientists to compare it with any Kemp’s ridley nests that might be found in North Carolina.

“As always, huge thanks to Cape Hatteras National Seashore for coordinating everything with our team and lending hands during the release,” stated the aquarium.