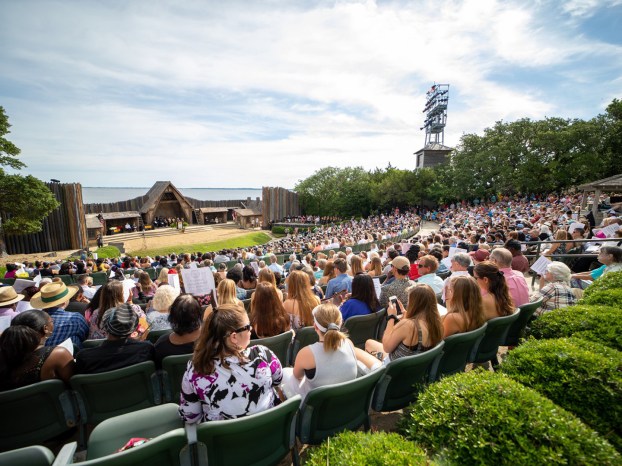 The Dare County Board of Education met in a special meeting on May 28 to discuss graduation plans for the three county high schools.

Superintendent Dr. John Farrelly recapped the past few months with the board and the decision-making process up until this point.  “What we have tried to focus in on is what we can do to provide students with everything that’s available to celebrate their milestone with their family, but also keep in mind the health and welfare of our stakeholders.”

Farrelly explained that last week, Executive Order 141 was signed by Governor Roy Cooper into law. The document states that the prohibition of mass gatherings “does not apply to educational institutions and government operations.”

“That’s confusing for a lot of members in the educational community,” Farrelly said.

Shortly after the order was released, Cooper put out an FAQ to clarify the document. Farrelly read the line from the FAQ regarding exemption for educational institutions. “The intent of this exemption was to allow educational institutions the ability to gather more individuals together on the premises, if necessary, to support planning for summer learning for 2020-2021 school year . . . it was not to allow for large in-person events such as graduation ceremonies.”

After considering all options and taking into account the newest executive order, Farrelly made the recommendation to host a “drive-in” graduation ceremony for each of the county high schools.

The ceremonies will take place from June 1 through 12. Each graduating senior and their family/household members will be recognized and receive their diploma at a graduation venue following social distancing guidelines.

Audra Krieg Photography will photograph families on stage. Baldwin Video Productions will be there to take a video for a culminating graduation video(s) that will be released by approximately mid-June.

All graduation speakers will be filmed giving their speeches for their school graduation video. Parents will be able to download free family photos on the district website.

“Each high school principal will provide families with a school-specific plan that includes family schedules, logistical information, social distancing guidelines, parking plans and stage and exit protocol as well as photography guidelines. Principals will be sending their plans home to all graduating seniors and their parents over the next few days.”

All attendees will be required to wear a face covering at the event. Masks will be provided.

Family and household members may attend the event, but no more than 25 individuals can be on-site. This includes administration, staff, SROs and video personnel.

“Each school will contact each family to confirm a number of attendees for planning purposes. Families may be asked to reduce the number of participants if it is an excessive request that puts our capacity in jeopardy. In general, each family should be able to easily have 6-7 attendees.”

Farrelly also recommended a traditional ceremony take place on July 17 and 18. The hope is that the state will enter “Phase 3” by July and larger mass gatherings are permitted. “This would be under the guides if conditions warrant the ability to safely hold ceremonies,” Farrelly said.

Proposed dates for the traditional ceremonies are:

After the recommendation was presented, the board deliberated the options. Board member Harvey Hess felt that, “whatever we do, it needs to be laid in stone . . . this is the way it is.”

Board member Joe Tauber countered, “Let’s let people be reasonable about it, they know the dangers of it and they have the option of not attending . . . You gotta let people make decisions for themselves as well.”

The board agreed that the specifics highlighted by Farrelly were appropriate for the drive-in ceremonies.

In the end, the board unanimously approved Farrelly’s recommendation. As for the potential traditional ceremonies in July, Tauber suggested to reconvene closer to the dates to discuss stipulations.

On June 1, Tyrrell County Schools was notified of an employee who tested positive for COVID-19. All positive COVID-19 cases... read more

Letter to the Editor: Reader: ‘Offensive mascot should be replaced’