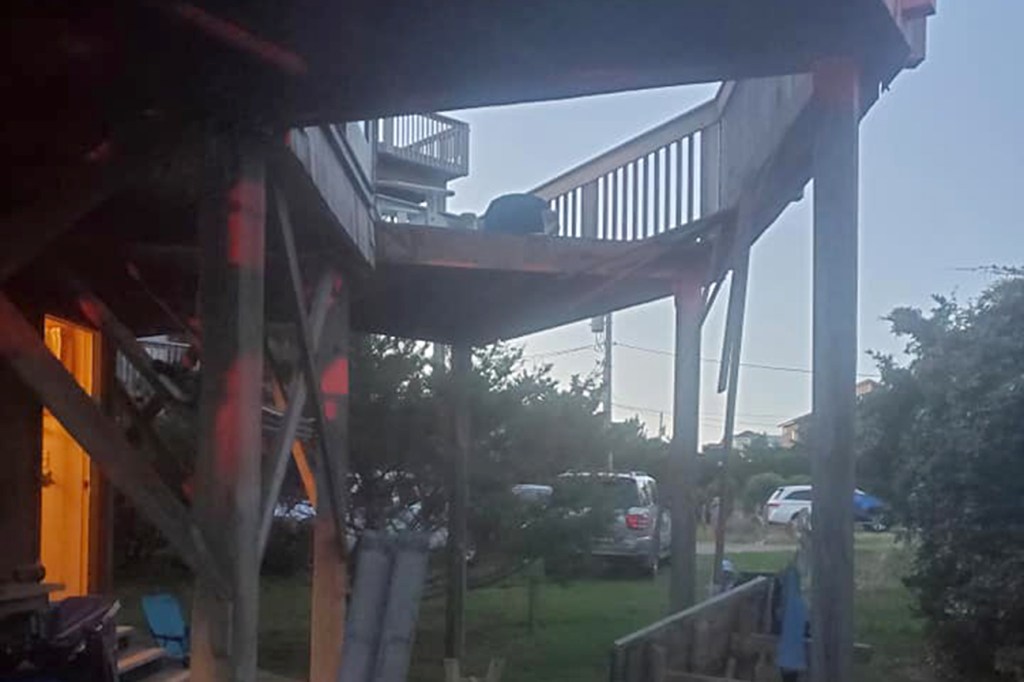 Three people from northern Virginia were transported by Dare County Emergency Medical Services to The Outer Banks Hospital. All were released.

The rental cottage is in the 39300 block of Sandfiddler Lane. The one-story cottage was built in 1978.

Dare County Fire Marshal Steve Kovacs reports that the deck collapse was caused by a failure within one girder attached to a piling. No damage was reported in the main structure. 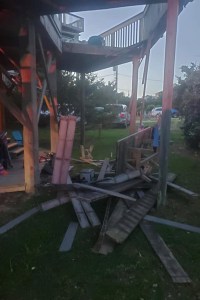 Some 15 members of the Hatteras Island Rescue Squad responded to the call. The squad has trained for a deck collapse incident.