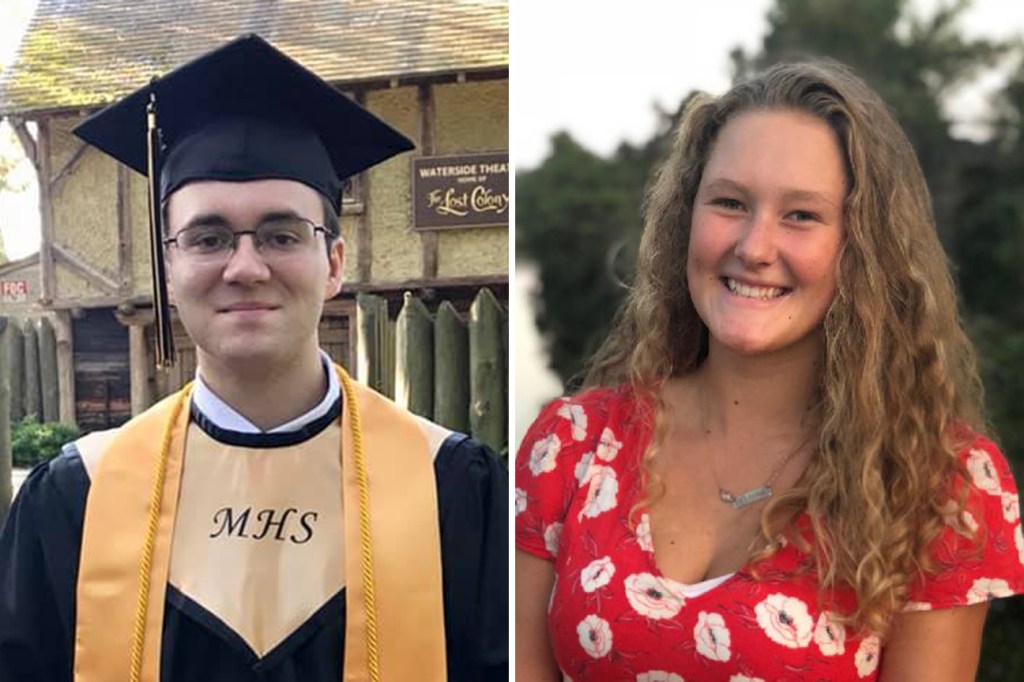 The board of OBX GO FAR, Inc., a non-profit after school running program for children across the Outer Banks, awarded two $1,000 dollar checks June 1 from their college education fund, The Miles Education Fund.

The fund was named in honor of the late Shane Miles, a GO FAR coach and runner. “OBX GO FAR continues to recognize excellence by awarding gifts to Reece Pritchard and Christopher Roberts,” stated a press release. “Both recipients received $1,000 dollars each and have been exemplary Go Far participants over the years. In addition, both recipients are active volunteers in the lifelong sport of running and their community.”

Pritchard plans to attend UNC Wilmington and Roberts plans to attend Princeton University.  “OBX GO FAR celebrates their accomplishments and the shining example that they bring to this award,” stated the release.

Sarah and Rodney Benson, along with their family, helped to begin this fund, which awards scholarships each year. The college education and continuing education fund recognizes participants of OBX GO FAR who have “remained engaged in running, volunteerism, teaching others the lifelong sport of running and engaging the family in healthy lifestyles to combat childhood obesity.”

OBX GO FAR, Inc. reports it has awarded $6,000 in college education funds since 2018. The organization celebrates its ten year anniversary this year. “The fund has grown over the years thanks to the generosity of the founders and a recent donation from the Billfish Tournament,” stated the release.

To get more information about OBX GO FAR, visit: obxgofar.org.