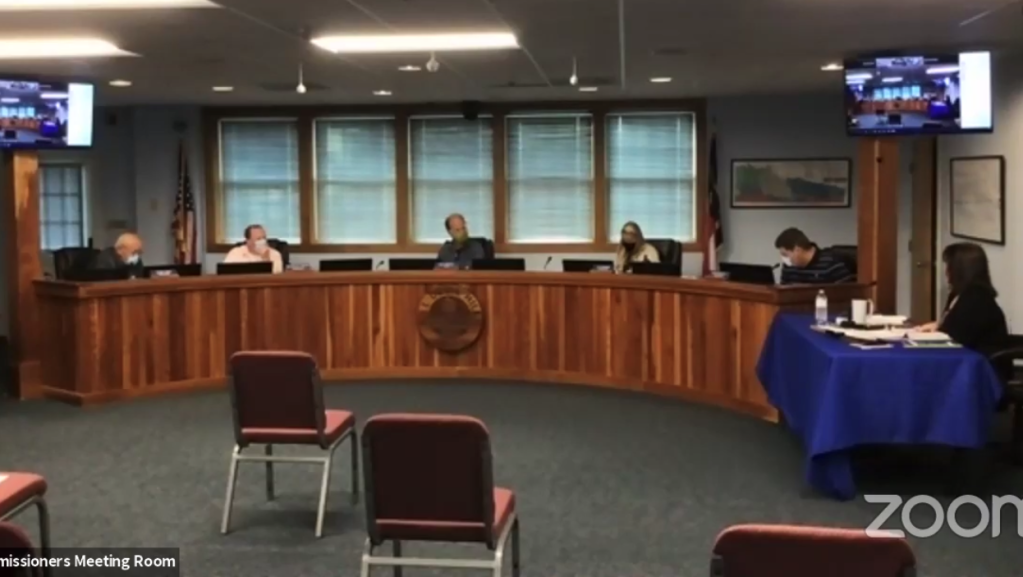 During their first meeting, conducted through the Zoom platform, the board found common ground with the flood damage prevention ordinance.

Commissioners Terry Gray and John Windley voiced their approval over the plan: “It’s a pretty comprehensive plan,” said Gray. Windley said he heard all positive feedback from the home builders and planning department, which was “very encouraging.”

Windley motioned to approve the ordinance at their meeting on the 10th; it will be effective June 19. Visit www.kdhnc.com/135/Flood-Prevention-Information-Maps for more information.

The big order of business was the manager’s recommended budget for fiscal year 20-21. Debora Diaz, KDH’s town manager, walked the commissioners through her thorough budget on Wednesday.

KDH normally works on a two-year budget; this coming fiscal year will be year two. With COVID-19 in the mix, Diaz said the budget has had to change “substantially.”

Expenditure cuts came mainly to capital outlay projects for buildings, beach access improvements and multi-use path improvements. Land transfer tax was reduced by 11% from the 2019-20 level, whereas occupancy tax was budgeted in line with the Tourism Board’s assumptions compared to the five-year actual collections for the town.

Their $19 million budget suffered a 14% reduction in debt service but increased by almost 7% in personnel expenditures from FY 19-20.  Mayor Ben Sproul thought the budget was
“a good starting point” and the town would be “flexible moving forward.”

Retail water rates were recommended to increase by 4% as the town continues to address the water master plan, with tap fees proposed to increase as well.

Gray requested the town continually monitor the economic forecast and concentrate on recreation and stormwater in the future.

Sproul was pleased that the cost-of-living adjustment (COLA) was increased by 2.4% and that there were no positions affected by budget cuts town-wide. “We have a lot to be cautiously optimistic about,” he claimed.

After about an hour of budget review, Gray moved to adopt the manager’s recommended budget for FY 20-21 and a rousing 5-0 vote had the motion pass unanimously.

The full budget can be found by visiting the town’s website at www.kdhnc.com.

In other business, planning director Meredith Guns addressed a proposal for the planned 2022 beach nourishment project. Coastal Protection Engineering was chosen as the engineering firm for the project. Their $400,000 proposal for design and permitting were on the table for approval.

Mayor Pro Tem Ivy Ingram motioned to approve the proposal after little discussion, authorizing Diaz to expend funds from the Beach Nourishment Capital Reserve Fund, to which all were in favor.

The mayor’s agenda during Monday’s meeting focused on two resolutions and proclamations, one honoring the life of Dare MedFlight Director of Operations Chad Jones and the other recognizing National Beach Safety/Rip Current Awareness Month for June.

Cooper vetoes second reopen bill, this one for N.C.…