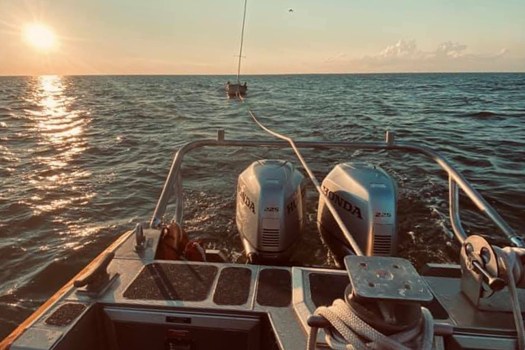 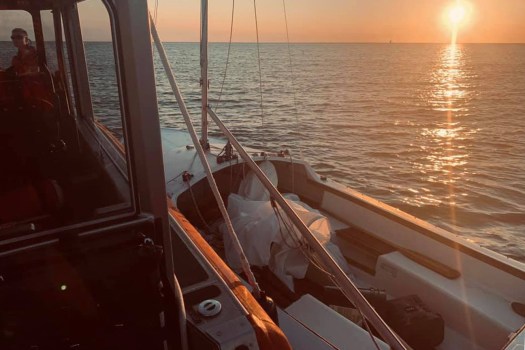 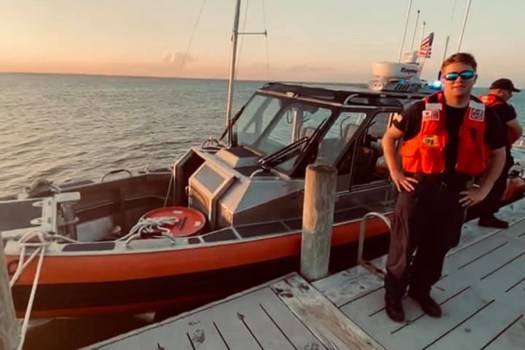 Crews from the North Carolina Ferry Division and the United States Coast Guard came to the aid of three people Sunday evening near Ocracoke.

According to Tim Hass, communications officer with NCDOT Ferry Division, around 7:20 p.m. Sunday, “Jeff Goodwin, the captain of the M/V Carteret, saw a sailboat flip over about ¼ mile away from the ferry in Bigfoot Slough near Ocracoke. He called the Coast Guard and then launched the ferry’s rescue boat.”

“There were two teenagers and a father on the boat,” stated Hass, and “the crew members pulled them into the rescue boat and then spent about 15 minutes helping them flip the sailboat back over.”

Coast Guard then arrived and took over from there.

“Our Ocracoke crew launched and placed the sailboat in tow due to a damaged rudder,” stated a Facebook post from Coast Guard Station Hatteras Inlet. “The sailboat was then safely towed back to the Park Service dock in Silver Lake.”

The three individuals from the sailboat were uninjured, according to Hass.