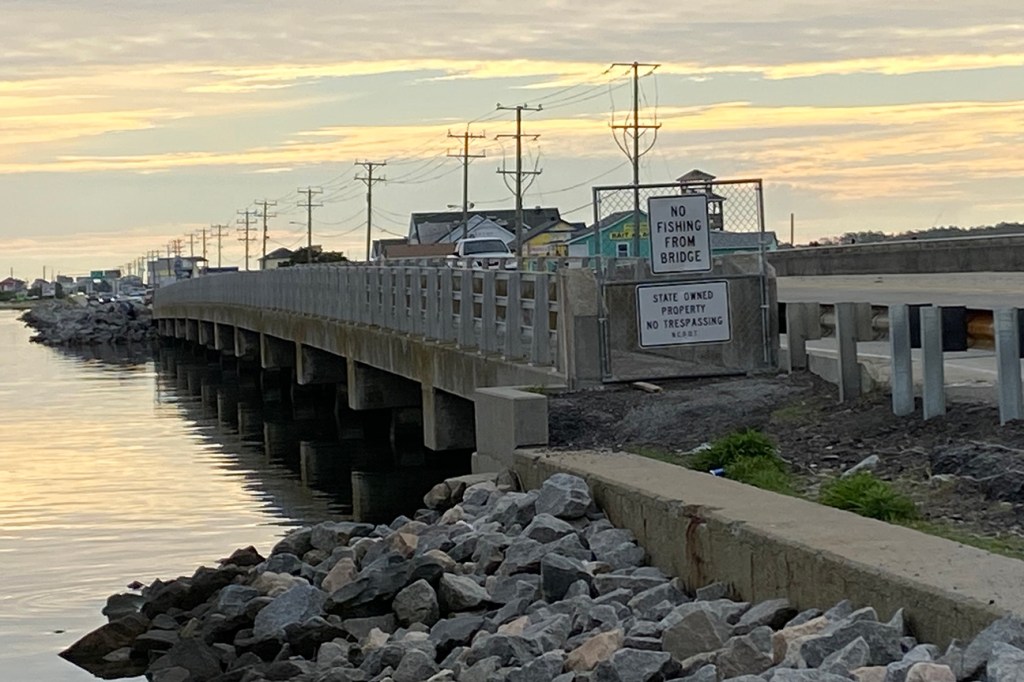 The Melvin Daniels Bridge catwalk on the north side has been restricted from public access by the N.C. Department of Transportation. Danielle Puleo photo

The N.C. Department of Transportation has removed all public access to the catwalk at the north side of the Melvin Daniels Bridge on U.S. 64, citing safety issues for both pedestrians and motorists.

The bridge, known locally as the “Little Bridge,” had become a popular spot for fishermen on the Outer Banks. However, despite the installation of a crosswalk and flashing signage, the area had become the site of numerous recent vehicle crashes.

“Safety is and will always be NCDOT’s number one priority,” said Sterling Baker, Division One engineer. “The department invested significant time and effort into trying to find a solution that would provide an acceptable amount of safety to both motorists and pedestrians. Unfortunately, no other workable solution was found.”

NCDOT has already installed fencing and signage indicating the area is closed to the public. Crews will also be removing the crosswalk and flashing signal at the site and installing “no parking” signs on the north side of the highway.

In addition, the speed limit on U.S. 64 will be reduced from 50 to 45 miles per hour from the Nags Head town limits to Whalebone Junction. 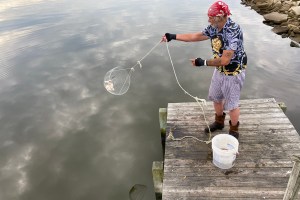 Robert Nichols casts a crab trap on the south side of the Melvin Daniels Bridge on U.S. 64. Danielle Puleo photo

Robert Nichols, who has lived on the Outer Banks for 51 years, said he goes fishing and crabbing off the bridge almost every day.

“When the tide’s coming in, it’s [fishing] better off that side,” he noted of the north side of the bridge. “I think it sucks that they closed it.”

Jerry Jones, an Ohio resident that has been coming to fish on the Outer Banks for over 30 years, said there are pros and cons to closing the bridge. “In fairness, it’s twofold. I understand it because it was difficult to cross the street . . . but what’s going to happen is you’re still going have people cross the road and fish off the rocks.”

Jones felt that in trying to eliminate one dangerous situation, another may have been created. However, he said the decision makes sense particularly for the “peak season.”

– Danielle Puleo contributed to this report. 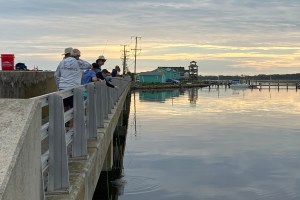