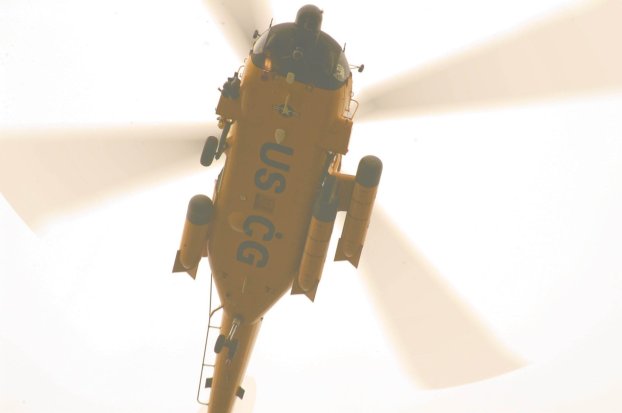 The Coast Guard announced Friday evening that they and good Samaritans have suspended their search for a missing tanker crewmember who went overboard 400 miles east of Cape Hatteras on Wednesday, June 24.

Coast Guard aircrews aboard HC-130 Hercules aircraft flew 22 sorties for a period of 45 combined hours over a search area of approximately 4,000 square miles.

An Air Station Elizabeth City HC-130 Hercules aircraft was launched to search for the missing crewmember, along with two good Samaritan vessels which were notified via Automated Mutual-Assistance Vessel Rescue messages.

“We would like to extend our condolences to the family of this individual, and thank the vessel Hellas Gladiator and our maritime partners enrolled in the AMVER program for providing a continuous search effort throughout this case,” said Lt. j.g. Victoria Moon, Operations Unit Controller at the Coast Guard’s Fifth District command center. “By volunteering to participate in the AMVER program our professional mariners ensure that an effective, and rapid response is conducted.”

The N.C. Department of Transportation has removed all public access to the catwalk at the north side of the Melvin... read more