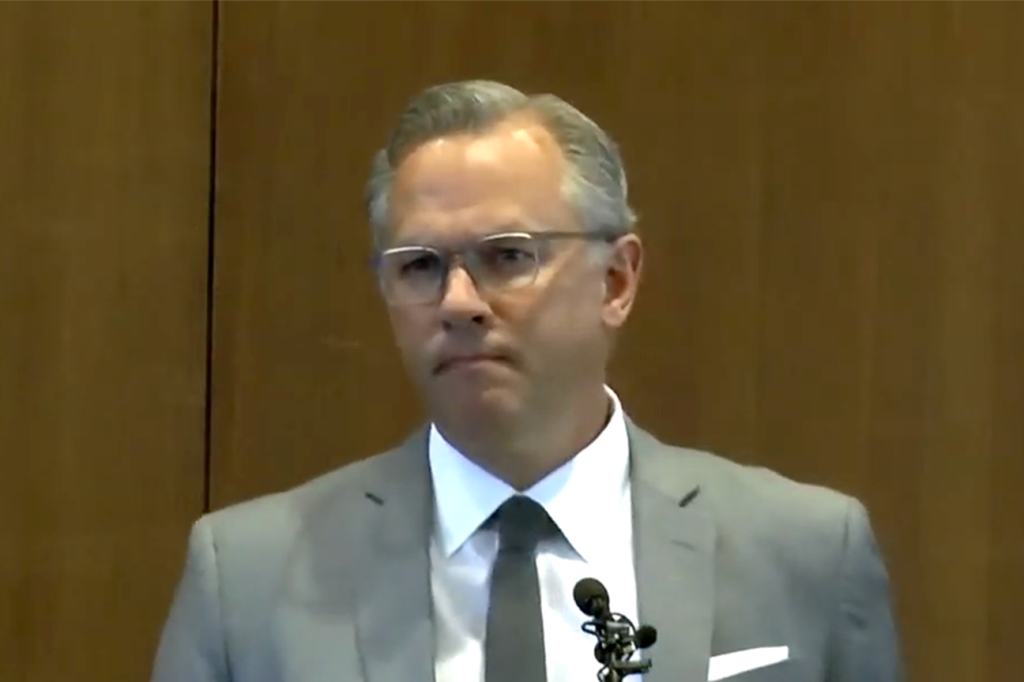 Forest, a Republican, said at a news conference the Democratic incumbent has failed to seek or receive support for a half-dozen executive orders since March from the Council of State. That began with a March 17 ban on dine-in restaurant services.

“This lawsuit is not interested in the substance of Gov. Cooper’s orders,” Forest said at the Legislative Building. “In times of crisis, the rule of law is more important than ever. We must do the right thing in the right way. No one — governor or citizen — is above the rule of law.”

Cooper and his administration have said he has other authority — citing several laws — to act on his own without the council’s “concurrence” to protect health and safety. The 10-member council is composed of Cooper, Forest and eight other statewide elected officials. Six council members are Republican.

Forest has been one of Cooper’s most vocal critics about his handling of the coronavirus pandemic, in particular issuing statewide directives shuttering business and capping attendance at mass assemblies. The closings have contributed to double-digit unemployment. Some sectors are still closed three months after his first stay-at-home order.

The lawsuit accusing Cooper of violating the state’s Emergency Management Act actually hasn’t been filed. Forest’s office said it will happen as soon as paperwork is finalized allowing him to sue without using the state Attorney General’s lawyers. In a letter to Cooper last week laying out his case, Forest wrote there was a conflict of interest because Department of Justice attorneys helped draft the executive orders being challenged.

Other lawsuits filed by business owners challenging Cooper’s executive orders as violating the state constitution have been unsuccessful to date. Forest said his lawsuit isn’t a political move.

“There’s nothing politically expedient about suing the governor,” Forest said. “My office motto, my team model, has always been always to do the right thing, no matter what the cost or the consequence.”

Still, it gives Forest media attention after Cooper has been routinely on television since the spring at COVID-19 briefings. Cooper’s campaign had a massive fundraising advantage over Forest entering 2020.

While executive orders in May have allowed many businesses to reopen, Cooper declined last week to ease restrictions further, citing increasing case and hospitalization numbers. Cooper also ordered that people across the state wear masks or other face coverings in public. Forest said a more regional and pinpoint approach is needed to target outbreaks, rather than punish areas of the state where the number of cases are minimal.

North Carolina state health data shows about 63,500 people have tested positive for COVID-19 as of Monday based on over 886,000 completed tests. Well over 800 people testing positive are currently hospitalized, and 1,325 people have died since the pandemic began.

There’s been pressure from businesses and conservative activists upon Republicans to attempt overturn Cooper’s current orders. Cooper already has vetoed two bills that would reopen bars and gyms.

Five other bills remaining on the governor’s desk reopen bowling alleys, skating rinks and amusements, and even prevent Cooper’s outdoor assembly limit of 25 people from canceling local July 4 parades and fireworks. One of the bills also attempts to make clear a governor must get support from a majority of council members for any statewide emergency of at least 30 days and for closing businesses.

READ ABOUT MORE NEWS AND EVENTS

Dare Board of Ed discusses options for reopening of…