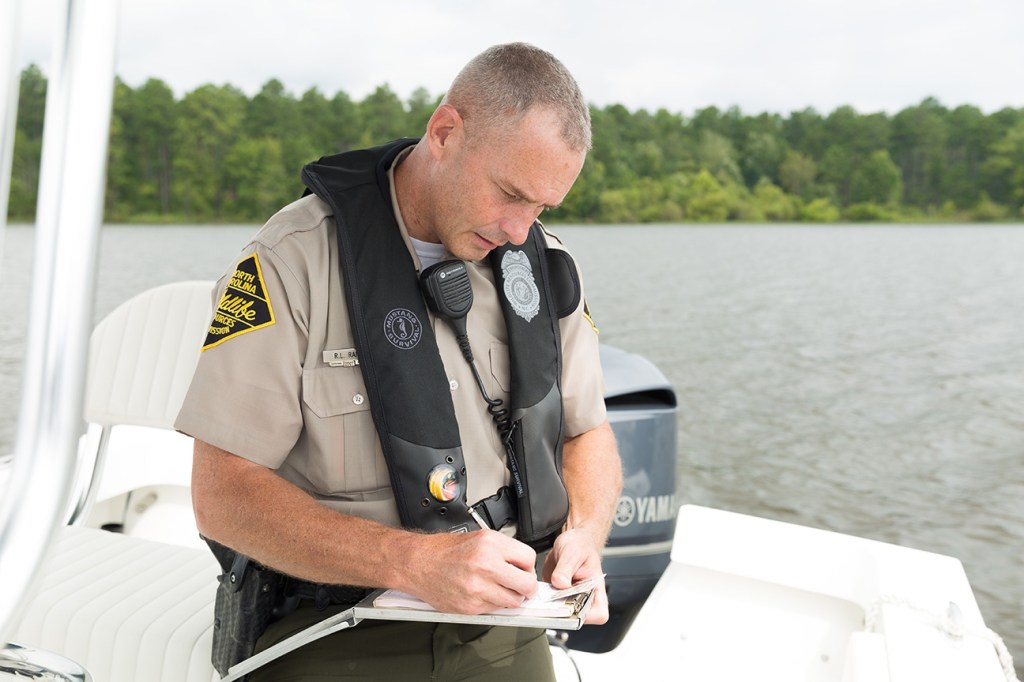 From July 3–5, the N.C. Wildlife Resources Commission’s law enforcement division will focus on boating law compliance on North Carolina’s waterways and spread public awareness for “Operation Dry Water,” a national campaign that promotes sobriety while boating. Over Independence Day weekend, enforcement officers will conduct sobriety checkpoints and promote public education on the dangers of operating a vessel while under the influence of alcohol or drugs.

Locally, there are many areas that will experience an increased presence of WRC law enforcement on the water in an attempt to curb excessive alcohol use by vessel operators and dangerous conditions for the boating public.

“Of particular note is the Currituck County Fireworks celebration that is expected to draw large crowds by boat,” stated Sergeant John Beardsley with NCWRC. “Though it is not illegal for alcohol to be consumed on a boat, we encourage the operator to refrain from drinking alcohol to ensure the safety of their passengers and fellow boaters.”

Boat operators are also reminded that children under the age of 13 must wear a Coast Guard approved PFD (life jacket) anytime the boat is underway, not tied to shore or at anchor.

“Because the majority of boaters do not stay out after dark except during the 4th of July Fireworks show, it is important to check your boat’s navigational lights before going out on the water,” continued Beardsley. “Boats powered by a 10 HP motor or larger are required to have a red and green combination light emanating from the bow and a white light visible 360 degrees from the stern or mast.”

Bright lights, such as docking lights, should be used only when approaching docks and not while navigating the sound and rivers, as they blind fellow boaters. Beardsley advised that these common violations can be avoided, are dangerous and contribute to boating incidents.

Beardsley also stated an increased presence of law enforcement can also be expected around Banana Island, which is located on the east side of Roanoke Island and can be accessed via boat. “From what we know, there is a lot of talk about a concert of sorts on Banana Island,” he said.

Beardsley said that NCWRC will bring in officers from outside the immediate area to work these “high profile” places. Rather than having one or two officers patrolling, he said six officers could be on scene at a time.

In Hyde County, Ocracoke Island will be a site of more officers around the holiday weekend to ensure boat and passenger safety is maintained.

As far as Tyrrell County, Beardsley said NCWRC does not have anything planning to a larger scale.

“We usually focus our time on larger population densities,” he explained. The beach tends to draw in a crowd, and that is where the NCWRC will focus their efforts for this upcoming weekend.

During last year’s campaign, law enforcement officers issued 572 warnings, 280 citations and removed 29 people who were boating under the influence from the state’s waterways. In North Carolina, a driver or vessel operator with a blood-alcohol concentration that meets or exceeds .08, or is substantially impaired by alcohol and/or drugs, is subject to arrest.

WRC states that drinking affects the skills necessary to operate a boat, including peripheral vision and ability to focus, judgment and rational decision-making, balance and equilibrium as well as coordination and reaction time.

WRC’s Preserve Your Life campaign reminds all boaters to put on a life jacket before boarding a vessel. “Wearing a life jacket is a simple safety precaution that can prevent tragedy from happening in the event of an accident,” states a WRC press release.

Boating at night typically increases during holiday weekends, so boaters should practice caution and be on high alert due to reduced visibility. Inland lighting rules are in effect and water skiing is prohibited between one hour after sunset and one hour before sunrise. Personal watercraft are prohibited on state waters between sunset and sunrise.

For more information about boating in North Carolina, visit ncwildlife.org/boating.

– Danielle Puleo contributed to this report.