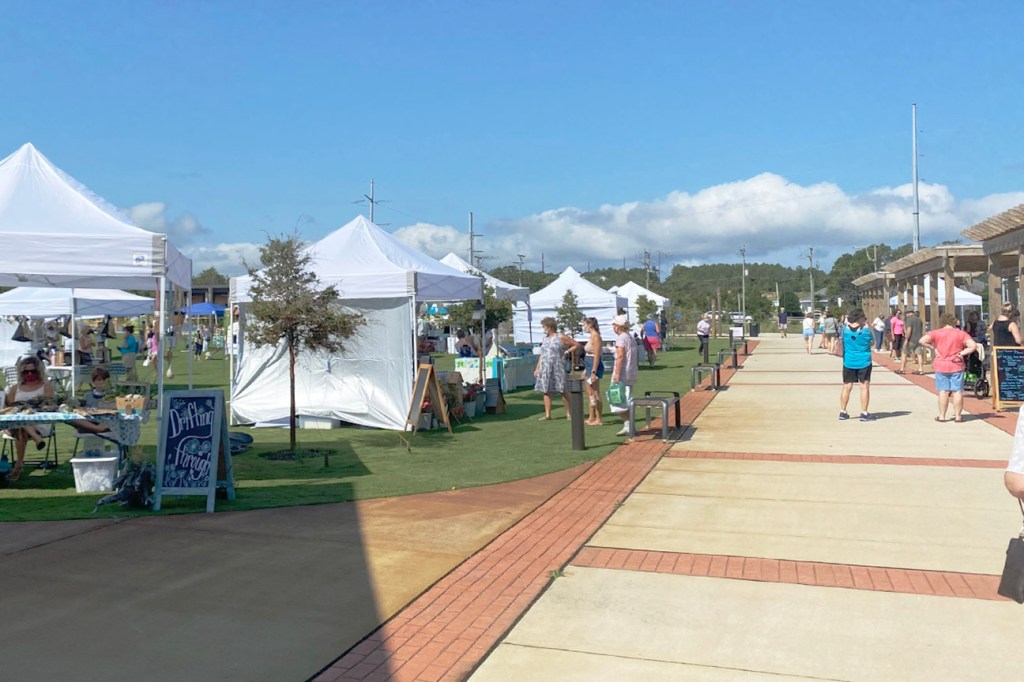 During their regular monthly meeting on July 1, the Nags Head Board of Commissioners was informed that the first Dowdy Park Farmer’s Market of the season was set to take place on Thursday, July 2.

A day prior to the meeting, town staff had agreed it was best to delay the market for an additional two weeks to avoid health concerns. However, an apologetic interim town manager Greg Sparks explained he had been tied up in meetings and did not relay the information to the commissioners until that night.

Staff felt this was too late of notice to cancel the events. With farmers having already harvested food from their fields and vendors having already baked goods, Zehner said they felt like it would have “put vendors in unfortunate situation at that time.”

Zehner noted that safety measures would be ensured: masks were required, temperatures of vendors would be taken, sanitizing stations were set up along with hand washing stations, coolers filled with water and bleach would be readily available and vendors would be appropriately spaced.

As for the future, Zehner noted that staff was “perfectly fine to make the call about whether or not to delay or reduce the frequency of the market.”

The commissioners then shared their concerns regarding the safety of the public market. Commissioner Webb Fuller said he felt the board should have great concern over monitoring vendor activities outside of their market.

Zehner stepped in to note that Nags Head event coordinator Paige Griffin, whose funds had been frozen the meeting prior, was “thorough in how she sets expectations for the vendors” and ensures that they are safe when it comes to customers.

While Zehner mentioned that staff had spoken with police to stop in periodically to check on the market, the board urged the town manager to have an officer on site throughout the duration of the event. Sparks agreed to speak with the police chief about the request.

Although the board was wary about the influx of people to the park, Mayor Ben Cahoon noted that he was “glad we are going to get a proof of concept to see that we can do this.”

Forty vendors were expected to show, and Zehner urged that the funds for Griffin be unfrozen to allow her to oversee the events. “I think we use it [the funds] and are judicious in the time and hours that we assign to those part-time position,” he said.

With a reluctant “aye” from commissioner Renee Cahoon, the board unanimously voted to approve Mayor Cahoon’s motion to unfreeze the funds for thirty days.

In other business, text amendments to expand principal sale items from outdoor stands to include reservations for events/activates were passed by the board in a 4-1 vote.

The request came from applicant Kate Creef with Outlets Nags Head, who came to the board asking for outdoor stands to allow local vendors to sell tickets on the mall premises.

Under new stipulations, including two stands only be allowed on sites with an area of ten acres or greater, that signage for all stands be limited to a total of 15 square feet and that stands used for reservations or ticket sales shall be located within shopping centers or group developments, such as within common areas or walkways and shall not be located within any parking areas, the request was approved.

Fuller was the only one to oppose the motion made by commissioner Kevin Brinkley. He felt that the only thing approving the request would do was allow for more building square footage. “Which, to me, when the mall was built it was built to accommodate size of the building there and this expands that,” he said.