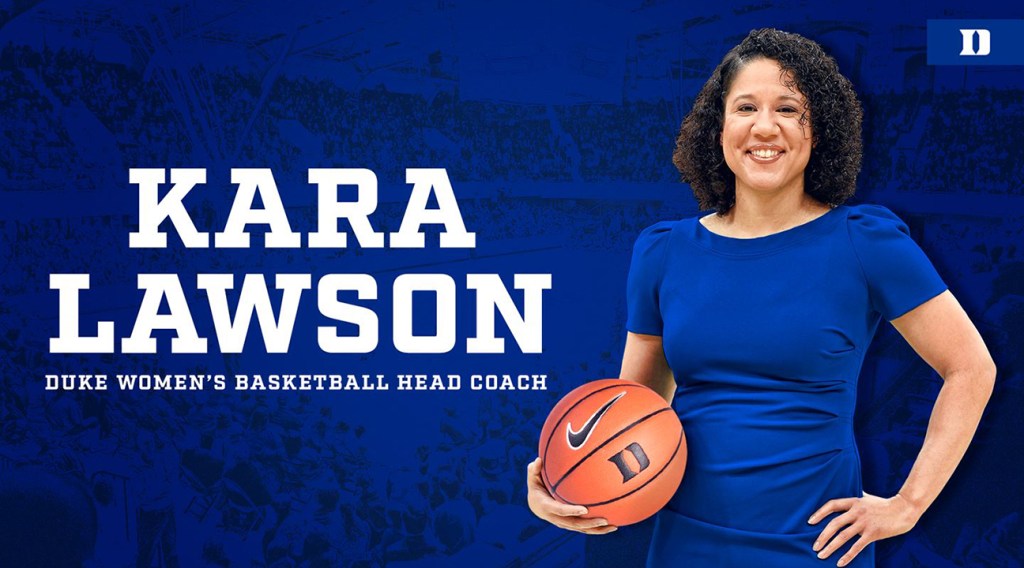 The school announced the hiring in a social media post Saturday, a little more than a week after Joanne P. McCallie announced she wouldn’t return for a 14th season as she entered the final year of her contract. It is the first college head-coaching job for the 39-year-old Lawson, who played under Pat Summitt at Tennessee before a long WNBA career as well as work in broadcasting.

In a statement, Lawson called it “a dream come true” for someone who “wanted to be a coach since I was a kid.”

“Everybody I spoke with and had a chance to interact with, I immediately felt a great connection,” Lawson said. “It wasn’t a decision based on emotion, but there was a lot of emotion involved in it because of how excited I am and how ready I am to get started and to work with the players.”

Lawson appeared in three Final Fours at Tennessee and then played in the WNBA from 2003-15, winning the 2005 championship with Sacramento. She also was part of the U.S. Olympic team that won a gold medal in Beijing in 2008. She had also worked as a TV commentator for NBA and college basketball games before the Celtics hired her in June 2019.

Additionally, she has assisted USA Basketball efforts to prepare 3-on-3 teams for the Tokyo Olympics.

In statements, athletics director Kevin White called Lawson “the ideal fit” while university president Vincent Price said Lawson “has proven herself as a skilled coach and a committed mentor.”

Duke is the second Atlantic Coast Conference program this offseason to hire a woman working as an NBA assistant to be its head coach. Notre Dame hired Memphis Grizzlies assistant Niele Ivey – a former Fighting Irish player and assistant – to replace Hall of Famer Muffet McGraw in April.

Lawson inherits a Duke program that regularly goes to the NCAA Tournament, yet hasn’t won a league title since the ACC added national powers Notre Dame (2013) and Louisville (2014) to what was already a top-flight conference.

McCallie led Duke to at least a share of the regular-season title four times and three ACC Tournament titles while also making 10 trips to the NCAA Tournament, including four straight trips to the Elite Eight from 2010-13.

But the Blue Devils have failed to finish in the top three of the league regular-season race in four of the past seven years since the last wave of league expansion.

It’ll be up to Lawson to shake things up and give the Duke program a jolt.