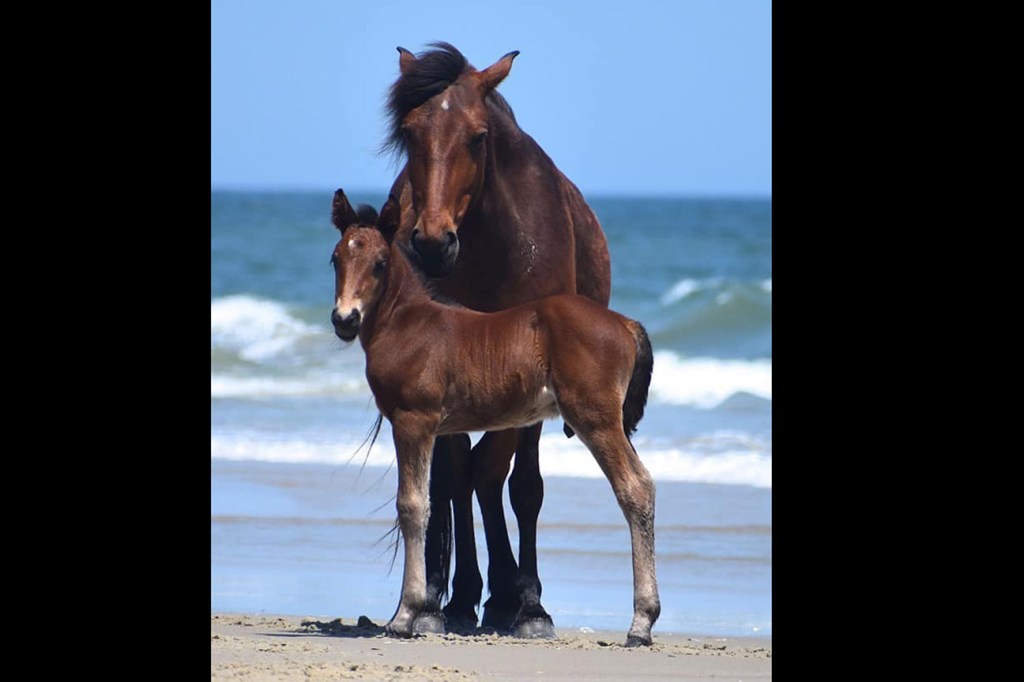 The Corolla Wild Horse Fund has reported the death of Danny, a yearling colt, due to choking on an apple, which the group states was a “horrific, devastating, completely preventable way.” Danny died Friday, July 12.

According to the group, the colt most likely had an obstructed esophagus for days before being found by someone who recognized he was in distress and contacted them.

“We arrived on the scene Friday morning and under the direction of our vet, administered a sedative to try and relax his esophagus and allow the obstruction to pass. He was loaded into the trailer and taken to the rescue farm where the vet was waiting for us,” continued the post. “The sedative did help pass the obstruction (the apple), but upon examination, we discovered that it had been lodged in his throat long enough to cause an infection and most likely a rupture to his esophagus. A nasal tube was inserted and the contents of his throat and stomach were flushed out, and fluids were pumped directly into his stomach. He was started on antibiotics but there was a serious worry about permanent damage to his esophagus and the development of pneumonia due to aspiration.”

The young horse was stabilized as much as possible, but died around 7:30 p.m. Friday. It is speculated he likely suffered from a traumatic head injury from “thrashing around for days while he was choking, and it’s also likely that the damage to his esophagus caused bleeding into his lungs.”

The post stated the ordeal “was absolute hell for Danny to suffer through. At least once he was at the farm, he was sedated and hopefully no longer feeling any pain. Danny was just a baby. Even in the few short hours he was in our care, he had started to look to us for comfort and support.”

CWHF is urging the public to stop feeding, touching and interacting with the horses, as well as securing belongings and picking up trash. “If the horses come up to you, walk away,” states the post.

“All of this could have been prevented,” the group wrote. “Danny didn’t deserve to die this way.”