Op-Ed: An open letter to Dare County to advocate for the re-opening of our schools this fall 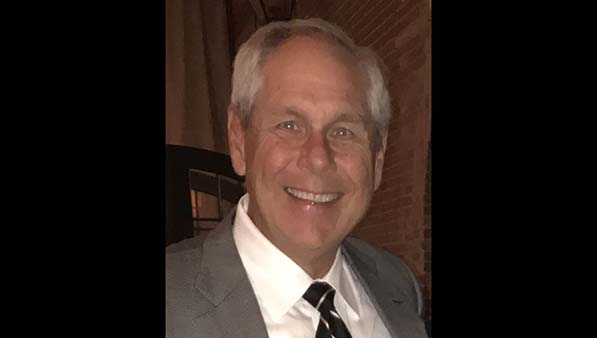 In late March and early April of this year, virtually all schools and colleges across America closed their doors due to COVID-19. This resulted in nearly 70 million students being forced to stay at home and the subsequent massive social disruption that followed.

Since that time there has been much discussion of the pros and cons of re-opening our schools, when to do so and how. Dealing with the risk of this corona virus, however, is not a simple black and white issue. Rather, this risk, like any other, is more of a continuum and it is our job to reach a balance of risk with reward.

Let me offer a simple example to illustrate my point – driving our cars every day. This is not meant to equate the two risks, virus and driving, but rather to demonstrate how we have developed ways to deal with known risks.

Driving is inherently dangerous, as more than 36,000 people died in fatal crashes in 2019. Yet we still drive – why? Because we know we must and we have developed over time highly effective and practical mitigation measures.

For example, we have well marked paved roads, our vehicles are designed for safety, we use air bags and seat belts, we don’t drive while impaired and there are enforced speed limits. All combined, we have done our best to keep safe while driving.

Similarly, re-opening our schools does come with certain risks but since March we have learned much about how this virus operates. We know a lot more about who is most seriously affected (the elderly and those with pre-existing conditions), how it spreads between people and how to protect ourselves. We also know young people tend to be more resistant to the disease and when infected almost always have mild to no symptoms at all.

We have also learned much about the unintended consequences of prolonged closure of our schools. The consequences are many and, indeed, serious:

So, let’s take a closer look at some actual examples both here in the US and abroad to better understand our current situation.

Numerous European countries have reopened their schools while the US is essentially still closed. According to Politico, (June 2020), Denmark, Austria and Germany have re-opened without mandatory face masks and have not seen significant increases in new cases. Regarding face masks, strict policies have encountered difficulties as warm classrooms, mask discomfort and repeated touching of the face and mask have reduced overall effectiveness. As a result, other countries, including Canada, Sweden and the UK have moved to less stringent face mask policies.

In Med Page Today, it was reported that in Portland, Oregon a special education teacher met with very poor results from her on-line learning efforts. In fact, as she scrambled to shift to distance learning, she found nearly 80% of her students did not participate and the response from those that did was “absolute despair”.

According to Dr. Robert Sege at Tufts Medical Center, “lower income families, children with disabilities and those whose parents are out of the home at work will see significantly poorer learning outcomes. This widens the already existing education gap and makes it worse”.

“For older children, stay at home orders deprive them of social connectedness and interrupts their development in which they learn to identify themselves outside their family structure.”  This is from Dr. Susan Kressly a pediatrician in Philadelphia, Pennsylvania.

Dr. Anthony Fauci, in testimony before the US Senate, stated that “we need to do whatever we can to get the children back to school”. The American Academy of Pediatrics also recommends returning to the classroom. The went on to state that “we must recognize that no single action or set of actions will completely eliminate the risk of COVID-19 transmission. However, coordinated interventions and mitigation steps can greatly reduce the risk.”

In conclusion, we now know the following:

For all these reasons, I urge our school administrators, Board of Education and parents to collaborate on a plan to bring our students back. Our children need this, our families need this and our OBX community needs this.

Rob Ross is a resident of Nags Head.

Letter to the Editor: On the health and economic benefits of Medicaid expansion

Letter to the Editor: Concerns raised over funding of potential Medicaid expansion

Letter to the Editor: Volunteers needed to help with weekly Hatteras fish fry

Letter to the Editor: Reader: ‘Offensive mascot should be…