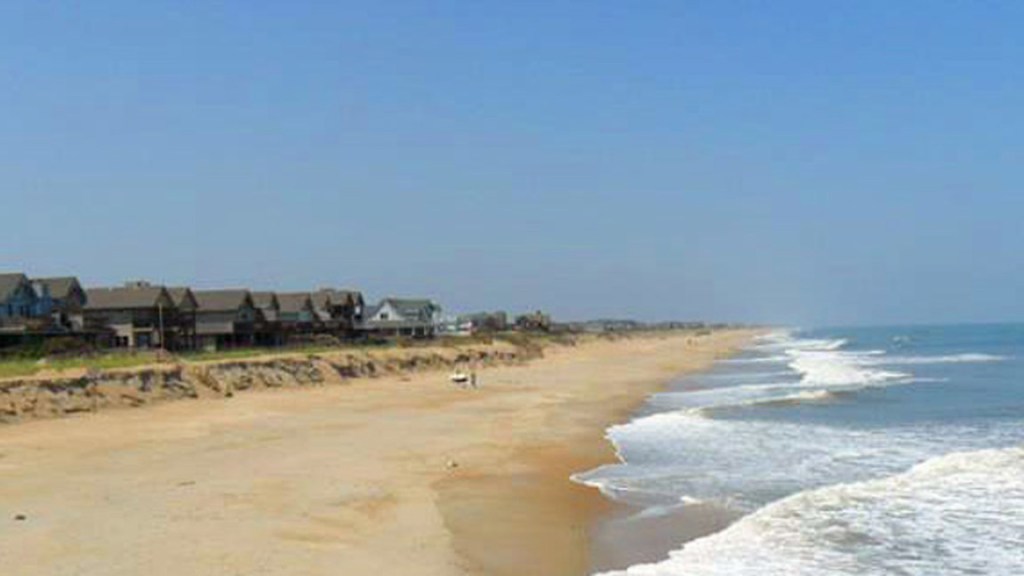 At their July 7 regular meeting, the Southern Shores Town Council approved a services agreement with Coastal Protection Engineering of North Carolina to move forward with their 2022 beach nourishment project.

The scope of work involved with the first portion of this project, which Southern Shores is taking on with three other neighboring municipalities, includes five tasks, altogether amounting to $437,675.75.

Town manager Cliff Ogburn, who sat in on his first council meeting with the town, explained that in some portions of the design and permitting proposal, the cost for Southern Shores would be higher given their larger area. However, Ogburn was comfortable with the proposal and recommended the town move forward.

The agreement can be terminated with a 45-day notice with no cost to the town and a reimbursement resolution could be in order. Mayor Pro Tem Elizabeth Morey voiced her desire to pursue a memorandum of understanding with Dare County in order to ensure the funding from Dare is upheld.

Dare County has verbally agreed to contribute about $250,000 to the project. As Morey motioned to approve the agreement and budget amendment for the project, she directed the manager and town attorney to work with Mayor Tom Bennett on a memorandum. The council unanimously approved the motions.

As for the ongoing discussion regarding street improvement to Dewberry Ln., the council decided to move forward with the project. RPC Contracting had come in as the lowest bidder to the project in April at $198,759. They had recently agreed to honor that price through the end of this calendar year.

Ogburn assured that financially, the town was in a good place to pursue the project. Although Morey was hesitant to approve the project this month before seeing more revenue data, she sided with the majority after finance officer Bonnie Swain joined the conversation.

“I felt we probably could have went ahead and done the project last year and still would have been okay,” Swain said. “I think we’re in good shape to do it now or wait.”

Councilmen Jim Conners and Leo Holland were expressly in favor of not prolonging the street improvements; Holland motioned to that affect with a second by Conners. The motion carried 5-0.

Recycling was revisited during the meeting. Deputy town manager and planning director Wes Haskett informed the board that after speaking with Bay Disposal and a new recycling facility, Recycling & Disposal Solutions (RDS), the two have agreed to consider entering into a contract to transport recyclables from the Outer Banks to the RDS facility in Portsmouth.

“This would only require one contract and one invoice from Bay Disposal,” said Haskett, as Bay would transport materials to RDS for processing. Haskett said that Bay has already been testing the process and reported that they “have not had any issues.”

Haskett expressed that he hoped to have a finalized contract on the matter before the board at their August 4 council meeting.

The council also approved several budget amendments during the course of their meeting; these amendments covered the “No Left Turn Weekend” funds, the Southern Shores Volunteer Fire Department fence installation, painting of the police department building and funds for the crosswalk at Hickory Trl. and Woodland Dr.

To view agendas, meeting dates, or learn more about the Town of Southern Shores, visit their website at www.southernshores-nc.gov.