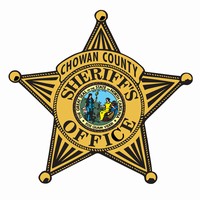 A 9-year-old girl was shot and killed and her mother wounded as they sat inside a car this past weekend, a North Carolina sheriff’s office said.

Deputies responding to a call late Friday night found two people had been shot inside a vehicle traveling south on U.S. Highway 17, the Chowan County Sheriff’s Office said in a news release.

The sheriff’s office said Makiia Slade of Edenton was shot and killed. Her mother, Shatory Hunter Slade, was shot and is being treated at a Greenville hospital, where she was listed in fair condition on Monday, according to the news release.

Law enforcement found a vehicle of interest and the driver is cooperating, the sheriff’s office said.

After a good day of crabbing, Jordan Sexton of Columbia stopped to buy a single Jumbo Bucks ticket and reeled in... read more