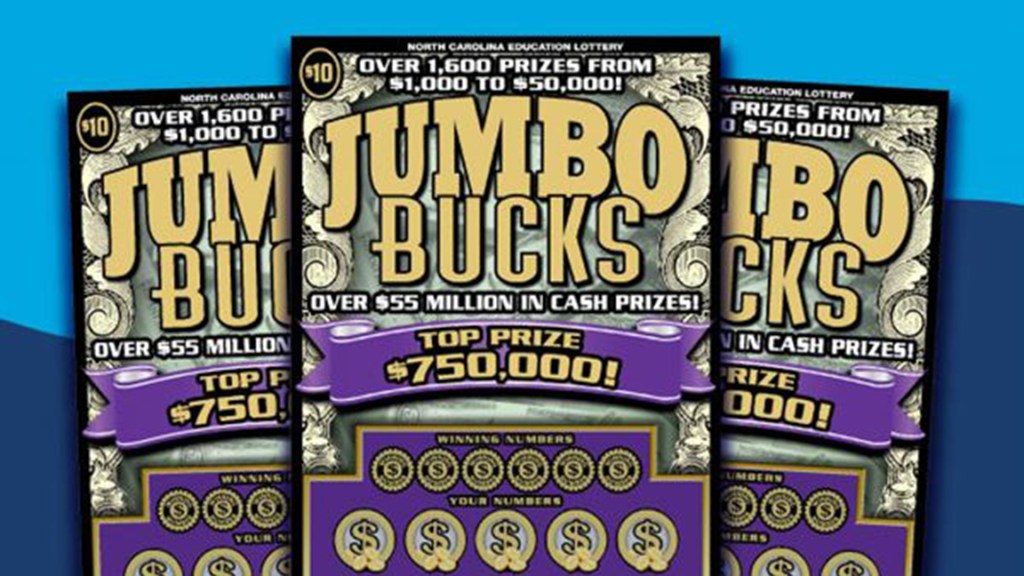 After a good day of crabbing, Jordan Sexton of Columbia stopped to buy a single Jumbo Bucks ticket and reeled in the $750,000 top prize, according to a press release from NC Education Lottery.

“I had a good day at work and was feeling good that day,” recalled Sexton. “I went back to my truck and scratched it and had to sit there and look at it for about 10 minutes to realize that I wasn’t seeing things.”

Sexton, a commercial fisherman, said he walked back into the Duck Thru Food Store on U.S. Highway 64 East to make sure he wasn’t reading his ticket wrong. “I took it inside and the lady at the counter looked at it and scanned it and then they all were hootin’ and hollerin’,” he said. “And it started setting in a little bit then.”

The press release stated Sexton had spent the day crabbing on the Albemarle Sound alongside his brother and decided he should be the first to hear the good news.

“I’m feeling pretty good!” said Sexton. “I don’t play very often, but when I do I always get Jumbo Bucks.”

Sexton claimed his prize at lottery headquarters in Raleigh on Monday, July 27. After federal and state tax withholdings, he took home $530,628.

“It’s taking a lot of stress off of me, that’s for sure,” he said. “I’m gonna pay off my mortgage and pay off my boat and probably buy a bigger crab boat and keep on pluckin’.”

He said he was also treating his mom and girlfriend to a takeout dinner Monday night: “we’re having hibachi!”

Ticket sales from scratch-off games make it possible for the lottery to raise more than $725 million a year for education, according to NCEL. For details on how money raised by the lottery made a difference in all North Carolina counties last year, visit www.nclottery.com and click on the “Impact” section.

‘Leave Only Footprints’ campaign: Items left on beach subject to removal by Town of Kitty Hawk