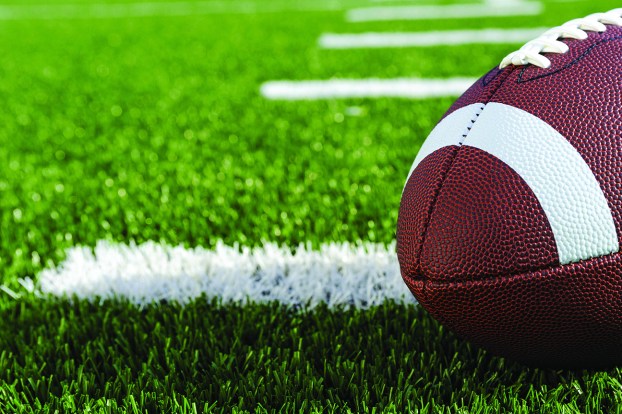 On Wednesday, July 29, WRVS 89.9 hosted the NENC High School Football Forum. In place of their usual Media Day, the forum was centered around the impacts of COVID-19 on high school athletics.

Mercer started off the program explaining that the fate of fall high school athletics is still undetermined. With decisions still to come from NC Governor Roy Cooper whether to move to Phase 3 and school districts still deciding the best course of action regarding fall sports for their own areas, the foreseeable future of high school athletics is fuzzy.

The goal was to have an “open and honest” discussion about high school sports impacting by the pandemic. Tucker began her opening statement with: “While all of us want to be back on the fields, we want to be back on the courts, the reality is that this virus will continue to be with us until we have a vaccine . . . therefore, we must be smart about taming the spread of COVID-19.”

Although NCHSSA had set the start of fall sports for September 1, Tucker noted that “the conditions are changing rapidly.” She added that she does not know when a decision will come, but made it clear that safety is their first priority. “We are committed to trying to playing sports, but we are committed first and foremost to keeping people safe.”

Mercer turned to Wheeler with his question regarding financials and how Manteo High School would be affected if there was no football season.

“Given the fact that we’re still in July, I’m not sure how things will go,” Wheeler said. “We do know that things are going to be much different, whatever that exactly ends up looking like.”

He added that football, generally speaking, generates most of the revenue when it comes to high school athletics. A season without it “becomes an issue.” Wheeler noted, “It’s hard to plan when you don’t know what the final outcome is going to be.”

Students and parents across the state have had the opportunity to voice their opinions and concerns when it comes to athletics. Michael Barlow, athletic director of Pasquotank High School said he knows how bad parents want their kids in sports again, but they have also heard what the school has had to say.

“The parents have been vocal about what they want, but they have also been willing to listen about what we will do for our student athletes,” Barlow said. “It’s kind of a give and take . . . but they want to be a part of the conversation.”

“I think everybody really wants to get back as soon as possible,” Wheeler added. “But they understand we got to do it in a safe way.”

Directed to Robinson, the next question from Mercer inquired about the response from parents to the board of education. “We have a mixed bag from parents,” Robinson admitted. “Some want their children to be able to participate, others are leery about if that is safe.”

Robinson shared that the board has been keeping student athletes in mind with their decision making, but ultimately “want to make sure we don’t put them in harm’s way.”

“This is not a situation that is red or blue, it is our situation and we gotta believe that it is real,” voiced Tucker, who made note that the data will drive the decision to be made. “We will be getting information from every facet possible,” she said.

Mercer then turned to the coaches on the panel. He asked how each would feel if football were pushed to the spring and what that would mean for the teams.

“Whether we play in the winter, spring, it doesn’t matter. We need to be ready to play and ready to go,” said Josh Sophia, head football coach for Camden County.

“As a coach, just wanting to know when we can or if we can [play], that’s one thing,” added Terrance Saxby, head football coach for Hertford County High School. “As a football coach, I just wanna be with those kids whenever we get that opportunity.”

Saxby said that the “not knowing when” football will start is the issue. His son joined the panel; Tye Saxby is the quarterback for the HCHS football team. “It’s been hard for us,” Tye said. “If we play in spring it’ll give us more time to prepare.”

Tucker said that if the decision was made to push fall sports back until spring, NCHSSA has already discussed the logistics. “You have three sports seasons fit in whatever time we’re talking about.”

Tucker said that if the school districts were working with the January through June time frame, the sports seasons would be divided into eight to 10-week seasons, starting with winter sports, followed by fall sports and ending with spring sports.

Despite the fact that no final decisions have been made at this point, Tucker noted that the board had already come up with a list of options that they could move forward with, depending on what the next several weeks bring.