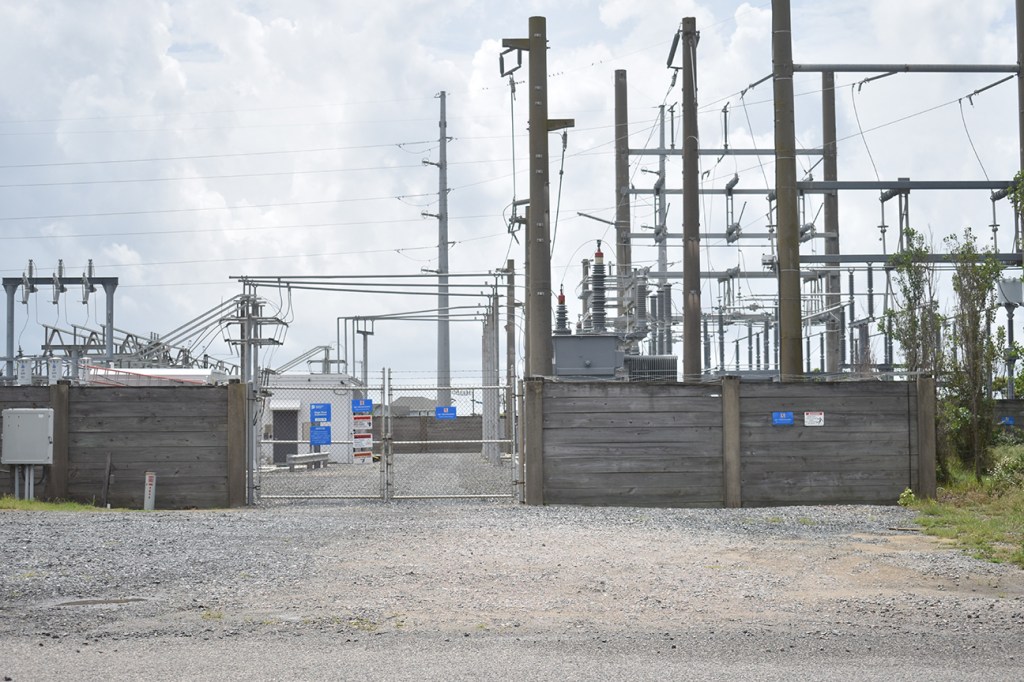 On Sunday evening, August 2, there was an equipment failure which caused a fire at an electrical substation in Nags Head.

Jeremey Slaton with Dominion Energy relayed to The Coastland Times that more that 8,000 customers lost power due to the incident. The fire call came into Nags Head Fire Department at 7:16 p.m. and it wasn’t until 5:05 a.m. Monday morning that all customers had their power restored.

“Crews worked through the night,” stated Slayton. Randy Wells, fire chief with the town of Nags Head, said his crew and other response partners were on scene within five minutes of the call coming in.

Wells stated that a transformer inside the substation yard was on fire when crews arrived on scene. They had to wait until Dominion deenergized the station and shut down power to start putting out the flames.

“The danger there was with the energized fire equipment,” Wells explained. Unlike structure fires, electrical fires must be contained with dry chemical extinguishers and water with foam, only after the energy running into the equipment has been terminated.

Wells thanked other crews that had been on scene to assist, including the Kill Devil Hills and Colington Fire Departments along with Dare County EMS.

Customers experiencing power outages were located in Nags Head, Manteo, Wanchese and mainland Dare. Heidi Smith with Tideland EMC state that the Manns Harbor substation was affected, causing 764 of their customers to remain without power until 9:25 p.m. Sunday night. Their service area extends to East Lake and Stumpy Point in Dare County.

Ship’s bell from the Strathairly donated to Chicamacomico Historical…