Outer Banks Pest Control: Carrying on a promise to serve

Bob, owner of OBPC, and his daughter Jessie Midgett, general manager, sat down with The Coastland Times to give a little more insight into how their growing business came to be.

After earning his bachelor’s degree in entomology, Bob went to work for the U.S. Department of Agriculture in Oklahoma, where he regulated pesticide applicators for about 10 years. He had a growing family at the time, and after being turned down for a $10,000 yearly raise, Bob vested his retirement, sought out a loan and bought out a small company.

For many years to follow, Bob ran a pest control company with six locations throughout Oklahoma and worked hard to provide for his family and achieve success in the area. “I learned that you’re only limited by yourself, so go for it; what’s the worst that could happen? You fail? No big deal, start again,” he said.

Eventually, Bob knew it was time for Ann to be closer to her family on the east coast, who were all living in Virginia. The couple ended up on the beaches of the Outer Banks in 1999. “When you run away from home, leave all your kids in Oklahoma, they decide to move here one by one,” Bob explained.

Bob said he knew that good service could be hard to find and service was something he knew a lot about. He took his son’s advice, and OBPC opened in 2000.

With a tear in his eye, Bob explained that Eli passed away six months later. Ann and Bob thought about closing the business, being that it was so new, but Bob knew he couldn’t. “I said I can’t do that. I cannot [not] do what I told people I would do.”

Since opening, OBPC has made a true name for itself in the past 20 years. With his degree and having worked for USDA, Bob knew a thing or two about pests, and he also knew that service was of the utmost importance.

“We do a lot of work for a lot of folks,” he said, “We want it done in 24 hours or less.” Not only does OBPC do their best to provide fast service, they also make sure their customers are satisfied with the work that is done. “If you use us and it’s not perfect, you need to call,” Bob said.

The father-and-daughter team explained that since COVID-19, having good, reliable employees has been more of a struggle. Luckily, those employees they do have have been able to service the beach throughout the course of the pandemic.

“We still have thousands of people we service all the time,” Bob said. “When they shut the beach down, we were fortunate because we had a lot of contracts paid for in advance and the houses were empty, so it was easier for us to get in the house without tenants.”

Dealing with harmful pesticides is something that the crew encounters on a daily basis, so wearing gloves, masks and other personal protective equipment was already required.

Bob said that in terms of protocol, his employees are now standing at least 10 feet back from customers upon arrival and mainly working on the outside of homes. However, if a customer is experiencing an inside pest problem, OBPC will make sure to have on PPE before entering the home and continue to maintain their distance from the customers.

“If someone is sick, we don’t go inside. But if they say they really need help, on go the respirators, the fitted ones,” said Bob. At the end of each day, everything is washed and fresh for the next day of service.

From renters to locals, OBPC has continued to serve the community through COVID-19 and will continue to do so. With more safety standards in place, they have match service with knowledge and keep their high reputation carrying on throughout the Outer Banks.

Ship’s bell from the Strathairly donated to Chicamacomico Historical Association 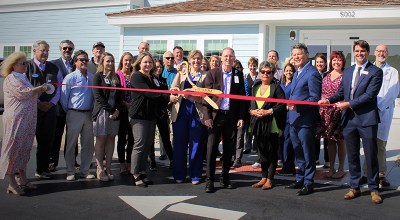 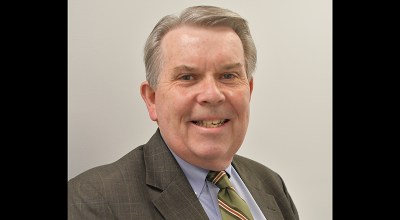 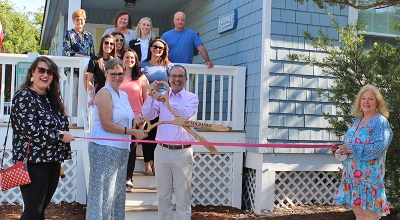