The Bright Side: Succumbing to the sea 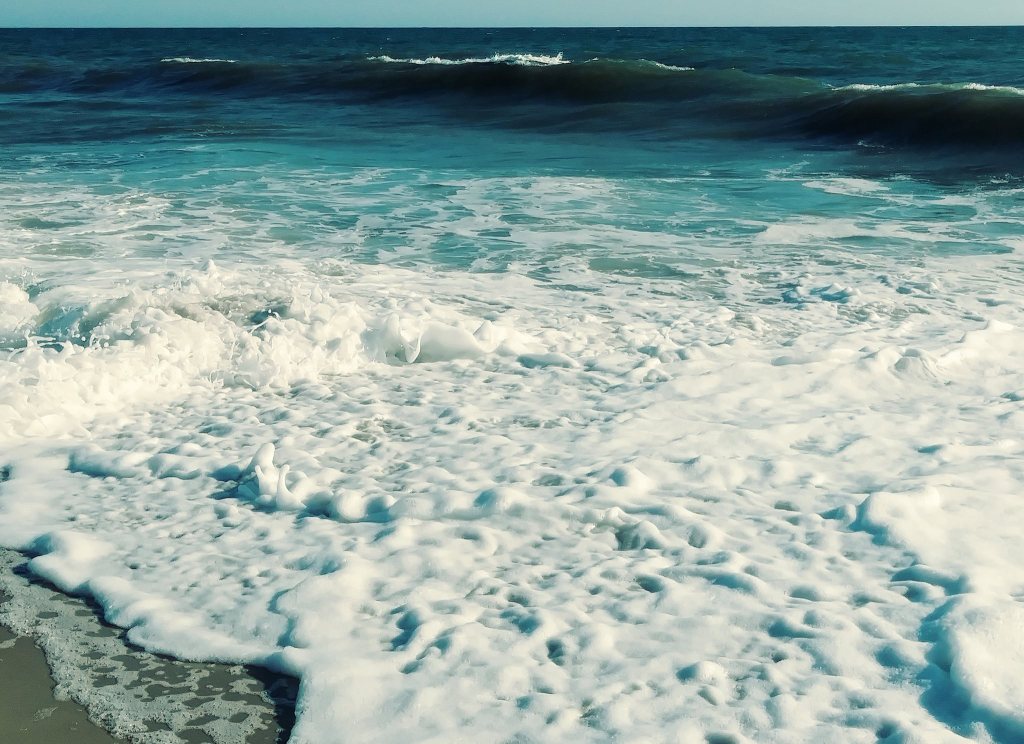 Being in the water is like second nature to me. By the time I was 3 years old, my mom had me in the water with an instructor who taught me the basics of swimming in our home pool. I learned how to float, kick with a kickboard and hold my breath under water.

By the time I was 8, I was joining a swim team and competing in summer and winter swim seasons. Our local YMCA went undefeated in our summer swim seasons for eight years in a row. I was lucky to be a part of that team for about five years.

The spring I turned 16, I applied for a job at the Y as a swim instructor. I had already been shadowing one of my own instructors and helping her out in class. I eventually became CPR and AED certified and lifeguarded throughout the following summers as I taught swim classes until I went off to college.

I feel like at this point, I’ve spent half my life in water. I consider it to be my second home, a place where I feel calm and safe. I still swim laps when I can and am no stranger to the waves that crash along our coastline.

At some point, I think we as humans tend to get a little too comfortable with water. Even though I personally never had to rescue someone from the pool while lifeguarding, I’ve heard some horror stories. Sometimes, we just tend to forget that nature is a force of its own, and the elements are much stronger than they appear.

Before I go off on my little dissertation about how water safety is crucial, I’ll share a story of my own.

Given that I had spent so much time in and around water, I wasn’t in the least bit worried about the strong surf I found myself in while vacationing on the Pacific Ocean side of Mexico. My sister and I decided to go enjoy some time in the ocean on our last day of the trip. No lifeguards were on duty and there was a storm out at sea. Nonetheless, we were both active swimmers and were not at all concerned.

As we floated out quite a distance from shore, we started to realize the water was a little rougher than anticipated. We started to swim back and quickly realized the force of the currents were far too strong. My sister caught a wave, which brought her back up onto the sand. Me? Not so lucky.

I knew that treading water was the best thing to do if you find yourself stranded out at sea. I was already getting tired from trying to fight the current, so I stayed where I was and started to tread. The waves crashed over me and at one point I found myself gasping for air. There was no one around and panic set it.

After what felt like forever, I started to push myself against the current and find my way back. A large wave swooped me up and plopped me face-first onto the sand. I made it out alive, but for some, that will not be the case.

Here I was, an 18-year-old at the time, that had many years of experience in the water as well as instructing and training people on how to swim and how to be safe in the water. The problem lies with the fact that water is very, very deceiving. Human nature makes us all the more gullible.

A calm, open ocean looks inviting to most and a small, one foot deep kiddie pool looks safe for anyone to enjoy. But water isn’t meant to be messed with.

So, imagine what happens when you get pulled in by the vast, turbulent sea.

Saying that water safety is important is an understatement. Being safe in water can truly mean the difference between life and death. Swimming near a lifeguard, wearing a life jacket, letting people know where you are and where you’re going while out on the water and staying hydrated are precautions that just scrape the surface of how one can practice water safety.

Flotation devices can help, but knowing how to tread water is just as valuable when it comes to engaging in water activities. Go out with a group, not alone. Testing limits will not prove a point; nature will always win that battle.

After noting how many drowning victims the Outer Banks has seen already this summer, I felt like it was important to reiterate what most already know: Practicing water safety will save your life.

As for that time I almost drowned, we made a joke of it later on. As I was lying there in the sand, my sister got up and said I was embarrassing her because of my flailing out in the ocean. Truthfully, we both know there was nothing funny about it.

Succumbing to depths of the sea can be prevented, as long as the proper safety measures are taken. Our local water/ocean rescue stations are fully prepared to help and have many more tips and tricks on how to stay safe this summer. If you don’t know, ask, because it’s always better to be safe than sorry.

Guest Opinion: What do Honeycrisp apples, Google and COVID-19…