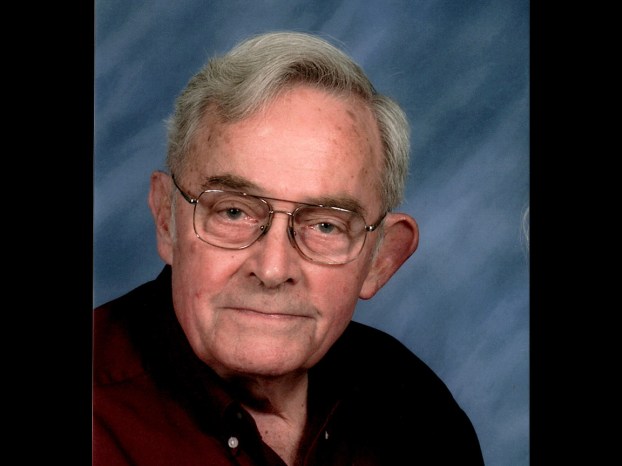 About ministry, Murphy wrote in 1989 “I stood within the church looking generally outward. The conviction came early and has never left that the church must live for others in a broken world. The church must make a difference where it is. The church must serve its community, not just its own members.”

That creed was applied during Murphy’s 15-year ministry at Roanoke Island Presbyterian, where the church’s founding mission was providing child care for infants and toddlers of high school-aged parents and later foster parents and children with disabilities.

Tom Murphy retired from the Roanoke Island pastorate on Jan. 4, 2004.

Through his ministry in Dare County, as throughout his entire life, Murphy fought to correct injustice wherever he saw it and sought to be a force for good in the world. He was tenacious, tireless, and sometimes a pest.

He was also smart, funny, owned a lot of books, and had a stick-out ear that his mother used to tape to the side of his head in a futile attempt to keep it flat.

He loved baseball and taught all of his children to keep a box score so he could go to the bathroom during the game. He was a long-time Atlanta Braves fan, but presciently switched his allegiance to the Washington Nationals several years before they won the championship. He also kept a box score at the many Cape Hatteras Secondary School baseball games he attended.

Tom was an amazing Scrabble competitor and crossword puzzle aficionado. He loved to fish and sail but never owned a boat, though he was fortunate to make friends with people who did. He had a great sense of adventure and took risks that other parents might not have, which made for some memorable family vacations. Perhaps most notably, he declined to evacuate with his wife and four young children from the campground at Oregon Inlet during Hurricane Agnes in 1972.

As part of his ministry in Dare County, Tom Murphy chaired the Board of Directors of Outer Banks Hotline, when the organization built its existing building in Manteo.

He worked on the first Dare County State of the Child Conference, which resulted in nurses and resource officers for every school in the county.

Murphy co-chaired the first Board of Directors of Children and Youth Partnership of Dare County.

Tom has served on the Citizens Advisory Council for Home Health and Hospice. For over 25 years, he served as the pastoral representative on a Permanency Planning Team for Child Protective Services. He also served on the Emergency Food and Shelter Board.

Murphy co-chaired the Dare County Task Force on Higher Education. The task force’s six years of work culminated in the establishment of the UNC Coastal Studies Institute in Skyco.

Murphy was appointed to the Zoning Board of Adjustment in June 2003. He also served as an election worker for about 10 years, starting on June 24, 2008.

He was an active member of New Hope Presbytery, serving on various committees, and was a member of the North Dare Ministerial Association.

Tom Murphy came to Rodanthe on Hatteras Island in 1986 along with his spouse, Mary Helen Goodloe-Murphy, after vacationing here for many years. They quickly joined the Chicamacomico Volunteer Fire and Rescue Department as firefighters. Tom was one of four original members of the department’s water rescue team. Tom served for many years as the chaplain for the fire department.

Tom Murphy graduated from Ocala (Fla.) High School in 1952. He attended Davidson College for two years. In 1955, he married Virginia Ruth Falkenbury. He graduated in 1956 from College of Pacific (now University of Pacific) with a Bachelor’s Degree in philosophy. He attended Union Theological Seminary, Richmond, Va., and graduated with a Bachelor’s of Divinity in 1959 and a Master of Theology in Biblical Studies in 1960.

He was ordained to the ministry in 1960 in East Alabama Presbytery to serve as a campus pastor at Auburn University from 1960-1964. He served as assistant pastor at Druid Hills Presbyterian Church in Atlanta, Ga., for two years.

In 1967, Murphy and his family moved to Washington, D.C. He served as associate pastor of Church of the Pilgrims where he worked as Minister-at-large to the Dupont Circle community. He established the Mustard Seed Coffee House in the church basement, which became a gathering place for youth and young adults involved in the counter-culture movement of the times. As part of that ministry, Tom and others started the first run-away house on the East Coast and the Washington Free Clinic.

In 1970, he joined the staff of the Metropolitan Ecumenical Training Center, an interfaith urban ministry agency, and helped set up ministries to youth and their families.

He served in two interim pastorates and then became pastor of Concord Presbyterian Church, Wilmington, Delaware, in 1977. He retired from that church in 1986.

A Celebration of the Life of Andrew Thomas Murphy Jr. will be held at a later time when it is safe for family and friends to gather.

Marie Audrey (Hennessy) Neiderlander was welcomed into the loving arms of the lord Jesus Christ on Sunday August 09, 2020.... read more