The Dare County Sheriff’s Office has released information on a drug-related felony arrest made last week.

According to DCSO, on August 19, 2020 at approximately 9:43 p.m., A-District deputies conducted a traffic stop on a vehicle that pulled into the parking lot of Rooster’s Southern Kitchen in Kill Devil Hills.

During the traffic stop, a Kill Devil Hills Police Department K-9 arrived and alerted to the presence of an illegal controlled substance, stated DCSO. During the search of the vehicle, an undisclosed amount of cocaine was reportedly located and seized.

Tyler Anthony West, 20, of Manteo, was arrested and charged with felony possession of cocaine and released on a $10,000 secured bond. 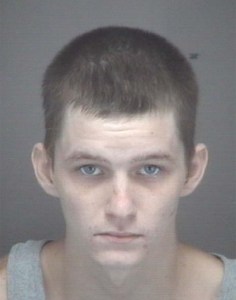 Young owl on the mend