A Kitty Hawk police officer has been suspended after he was charged with driving under the influence in a nearby town.

William Cruden, 21, was arrested on August 22 after being stopped by a Manteo police officer in the town of Manteo. 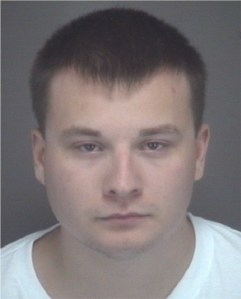 Cruden was also cited for careless and reckless driving. Both charges are misdemeanors.

Cruden is scheduled to make a first court appearance in Dare County on October 9.