The Bright Side: Connections 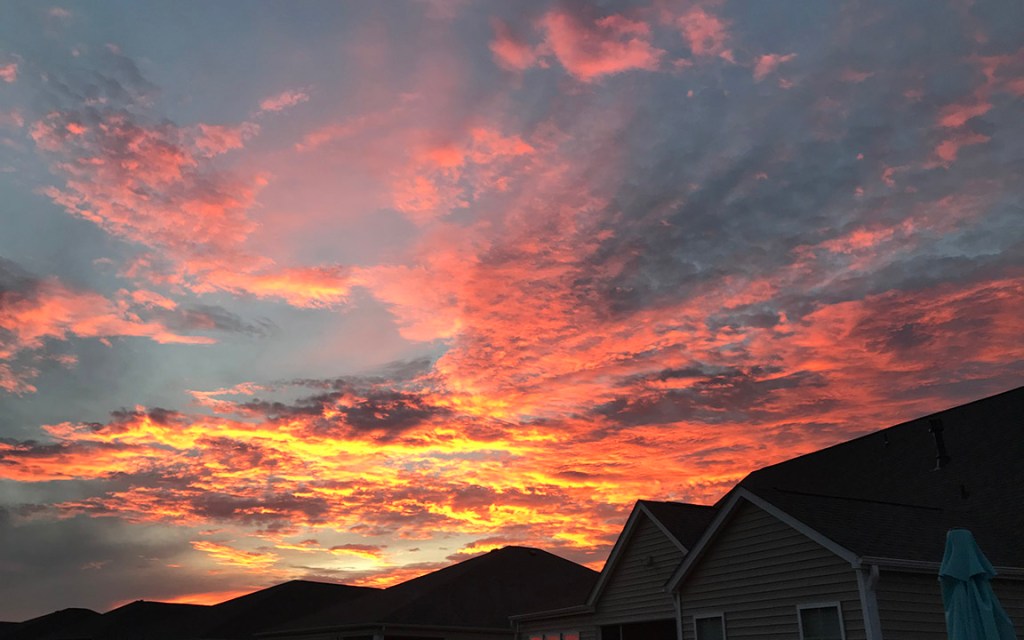 It wasn’t until I was around 8 years old that I found out I had two half-brothers. My parents felt the concept of a “half-sibling” would be better off explained later in life, when I hit my preteen years. Nonetheless, I was getting on the school bus one day after school when my cousin spilled the beans.

“You have brothers, you know,” she said. I retorted, in my squeaky third-grader voice, “No I don’t. I just have my little sister.” My cousin wasn’t convinced and insisted I talk to my parents about the matter.

Later that day at the dinner table, I asked my parents if I had any other siblings I wasn’t aware of. After learning the truth – that my two half-brothers were the product of my father’s first marriage – I cried. How could my parents lie to me? For all that time (all eight years of my little life), I never knew I had other siblings. Little me was mad at first, but then intrigued to find out more.

Fast forward some time and I come to understand that my brothers are much older than my sister and I, with a good 20-year age gap between us. We didn’t see much of each other growing up. Both were off on their own, working and living their own lives.

About two years ago, my brother Chas came back into my life. Our father was having health issues and he reached out, eager to make amends for past mistakes and have our little family blend with his.

Chas has two children, my niece and nephew, and an amazing wife. I’ve come to find out that Chas and I have a lot in common, which I suppose shouldn’t have come as much of a surprise. But it’s been intriguing for me to see the commonalities between two people that are connected by blood, but never once spent time together.

I first learned that we had the same taste in music. A weird combination of alternative and reggae, we mesh when it comes to melodies and lyrics. Chas has just started making his own art, right around the time I started to paint. He began writing a book a few years ago, and here I am, writing these stories for all of you.

I think what inspired me to write this column is the video Chas sent me just the other day.

A man named Kyle Finn Dempsey started documenting his travels through social media. His channel, titled “Trout and Coffee,” shares videos of where his bright blue pickup truck takes him to throughout the country. I’ve come to learn that he is an amazing storyteller. The visuals are stunning and his voice drips bliss and hope.

As I watched one video in particular, I realized that Chas and I seem to have the same view on life now that we are both adults on our own and have taken some time to reflect.

The video followed Dempsey through a leaf-covered landscape in Vermont, where he spent some time in a tucked away cabin through autumn. He talked about how peaceful it was to get away from the world and fall back on the necessities of life.

His camera would pan over breathtaking views: lush fiery orange leaves would drop slowly into a steady stream while the wind howled in the distance. Dempsey would voice over his take on it all, how life is too beautiful not to enjoy. The little inconveniences of the day-to-day don’t hold a candle to the fresh air that fills our lungs as nature engulfs our senses as soon as we step outside. Taking some time away is good.

“I know you will fall in love immediately,” Chas wrote after sending me the video. “Trust me, so good for the soul.” And in that moment, I realized we are not only connected by blood, but by something intangible.

I’ve found connections like this a few times in my life. Sometimes with strangers, other times with family members that I have grown to know on a much deeper level. I think these connections we find are important and teach us more about ourselves than the other.

Had I known Chas more growing up, we probably would have had similar travels to the ones in Trout and Coffee. But now that I know more about my brother’s passions – and how similar they are to mine – I intend on taking some time to learn more and travel with him someday.

My thought to leave on is this: Don’t be afraid to dig a little deeper. Get to know people on a soul level, where the inner workings of their mind and dreams and goals lies beneath the physical surface. Maybe, you’ll find that you have more in common than you think. And if not, the connections we make help shape us, good, bad or indifferent. As for me, I’d like to think most are for the good.

Danielle Puleo is a staff writer for The Coastland Times. Reach her at danielle.puleo@thecoastlandtimes.com.

You Decide: Will we return to farm life?