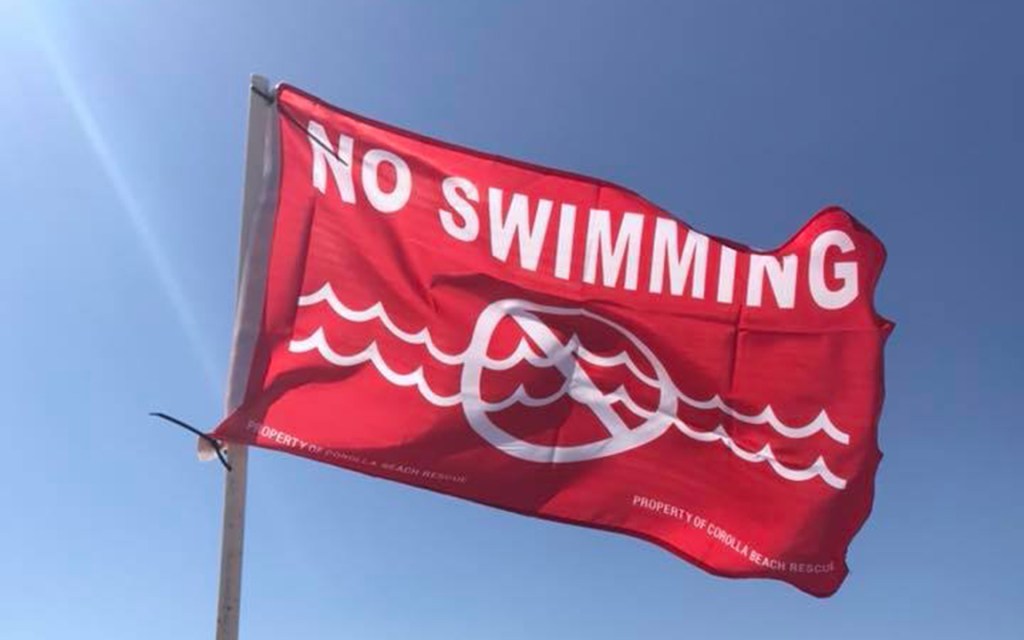 A man who had been rescued from dangerous surf in Corolla by Currituck County first responders Tuesday has died.

Currituck County Communications Center received a 911 call on Tuesday, September 22 at 3:15 p.m. that two swimmers were in distress in the ocean along the Currituck Outer Banks in Corolla.

A 48-year-old man visiting the Currituck Outer Banks went into life-threatening surf to rescue his daughter and he was overcome by the waves, according to a press release from Currituck County. Within three minutes, lifeguards from Corolla Beach Rescue arrived, located the man and removed him from the water in cardiac arrest.

“After Ocean Rescue lifeguards rescued the man from the water, EMS personnel administered CPR on the beach as the water was coming up high. Deputies, lifeguards, and bystanders dug a temporary trench in the sand to divert ocean water from washing over the EMS crews and the patient,” stated Randall Edwards, Currituck County public information officer.

Firefighter/paramedics from Currituck County Fire and EMS and members of Corolla Fire Rescue provided advanced life support care almost immediately after the man’s rescue and he regained a pulse, the release stated. He was flown by Nightingale Air Ambulance to Sentara Norfolk General where he had been in critical condition.

The man’s daughter was reported to be found safe on the beach and had been able to exit the water before lifeguards arrived.

“Corolla Beach Rescue Life Guards, Currituck County Sheriff’s Deputies and Currituck County Firefighters have been advising beachgoers to stay out of the dangerous surf that is forecast to continue for several days,” stated the release. “Red flags that advise no swimming have been flying as Hurricane Teddy passes off the Atlantic Coast. Visitors to the Currituck Outer Banks are encouraged to check surf conditions before visiting the beach by going to the Currituck County Government Facebook page, by following on Twitter @CurrituckGov, or checking the National Weather Service Beach Forecast Page at www.weather.gov/beach/”

Our Coastland Then and Now; 2020 Outlook edition from…