The Dare County Sheriff’s Office has reported that on September 25, 2020 at approximately 3:50 p.m., a B-District deputy pulled over a vehicle for a traffic violation near Hwy. 64 and Milltail Road in East Lake.

According to DCSO, when the deputy approached to speak to the driver, an odor of marijuana was noticed coming from the vehicle and a marijuana blunt in clear view. The deputy searched the vehicle and located more marijuana, a digital scale and U.S. currency. All the items were seized and the driver was arrested.

Ja’Wuane Nicholas Haskins, 19, of Fayetteville, was charged with felony possession with the intent to sell and/or deliver marijuana and cited for the traffic violations. Haskins was released on a $5,000 secured bond. 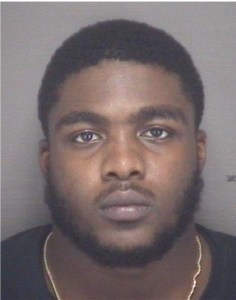