The August crime blotter has been released by the Kill Devil Hills Police Department.

Two arrests are listed on the blotter, an assault with a deadly weapon and an indecent exposure.

Assault with a deadly weapon: On August 9, 2020 Kill Devil Hills Police Department officers were dispatched to a 911 call concerning a shooting incident in the 300 block of West Third Street. Oﬃcers responded to the scene and found a male suﬀering from a gunshot wound. According to KDHPD, based on information gathered during the investigation a suspect was identified and charged with assault with a deadly weapon inflicting serious injury.

A case involving overdoses was also listed on the blotter.

Also listed on the blotter was an award presented to Sgt. Mike Sudduth.

Each year, the Veterans of Foreign Wars selects law enforcement personnel to receive VFW Public Servant Awards. This year, Sudduth was honored with the award. 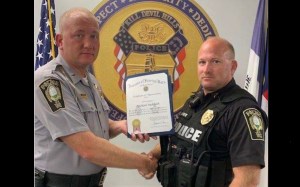 The criteria for the award includes: recognition by candidate’s colleagues or those they serve; consistent excellence in the performance of their duties; consistent dedication to their oﬃcial responsibilities over a period of years and continuous growth in responsibilities and skills within their profession.

Sudduth is field training oﬃcer, a traﬃc crash reconstructionist and a standardized field sobriety instructor. “Sgt. Sudduth has become not only a cornerstone of the department, but is regarded as a leader by numerous departments in Dare and Currituck Counties where his skills and knowledge are a benefit to the community,” stated the blotter.

A pet food manufacturer is taking over the former MillerCoors plant in Eden and pledging to create 300 jobs, the... read more