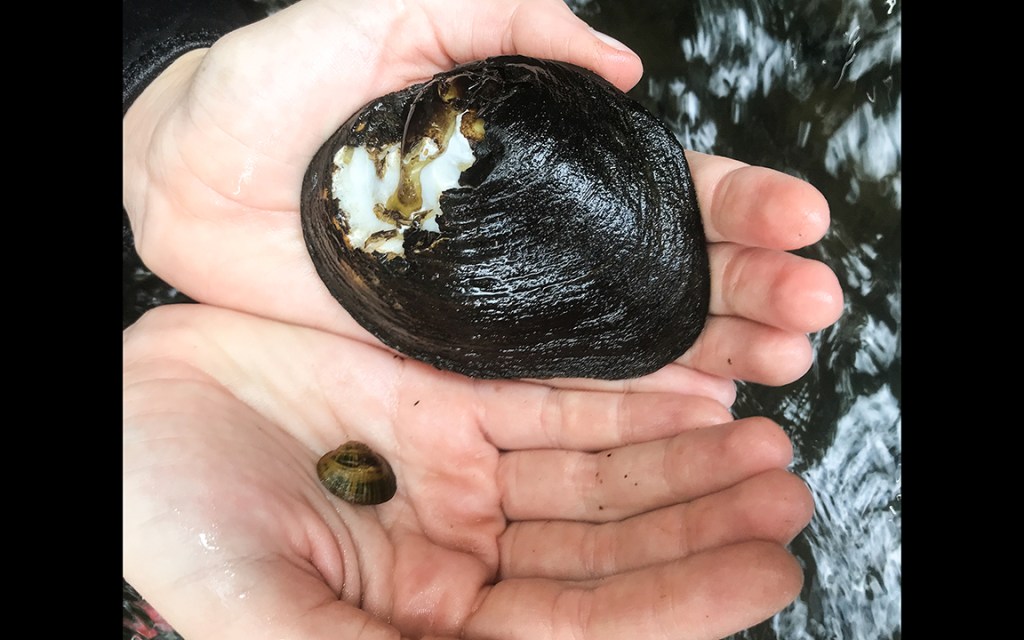 The U.S. Fish and Wildlife Service said longsolid and round hickorynut mussels have disappeared from some states and are doing poorly elsewhere. They are among roughly 300 species of freshwater mussels across the nation, two-thirds of which are in peril.

A designation of “threatened” means they’re likely to become “endangered,” or at risk of extinction, in the foreseeable future in much or all of their range.

Adding them to the federal list will raise awareness of their plight and generate resources and partnerships aimed at rescuing them, the fish and wildlife service said.

“Freshwater mussels are at the leading edge of the U.S. extinction crisis, so it’s a relief that these two important river dwellers are finally on their way to gaining the protection they need to survive,” said Tierra Curry, a senior scientist with the Center for Biological Diversity, which petitioned the agency in 2010 to protect the species and filed a lawsuit last year to enforce a decision deadline.

Freshwater mussels are important for healthy rivers and streams because they filter out pollutants and sediments as they feed.

The longsolid measures up to five inches (127 millimeters) long and can live up to 50 years in sand, gravel and cobble stream bottoms. It still is found in Alabama, Kentucky, New York, North Carolina, Ohio, Pennsylvania, Tennessee, Virginia and West Virginia. It has disappeared from Georgia, Indiana and Illinois.

The round hickorynut is smaller, reaching three inches (76 millimeters) in length. It lives up to 15 years and prefers similar habitats in Alabama, Indiana, Kentucky, Michigan, Mississippi, Ohio, Pennsylvania, Tennessee and West Virginia. It is no longer found in Georgia, Illinois or New York.

Both species have been harmed by damaged and shrinking habitat due to poor farming practices and development, along with genetic isolation and invasive species.

The service also is proposing to designate “critical habitat” for the mussels along more than 2,000 miles (3,200 kilometers) of river. Federal agencies would have to consult with the service before doing work or issuing permits for certain activities in those areas. Many of the remaining longsolid and round hickorynut mussels are in places occupied by other protected species.

Also planned is an economic analysis of costs arising from the critical habitat designation.

Public comments will be accepted through Nov. 28.

“With animals whose range is spread across several states, it can be hard for any single researcher or biologist to gain an understanding of the big picture,” said Leo Miranda, director of the agency’s Southeast regional office. “But that’s exactly what we did over the course of several months, developing the first comprehensive look at the status of these mussels and their plight. This laid the foundation for our decision.”

The service said it decided against listing the purple lilliput, a small mussel in the same types of waterways. Although its numbers are declining, more than 100 populations are expected to remain in six major river basins for the next 20-30 years.