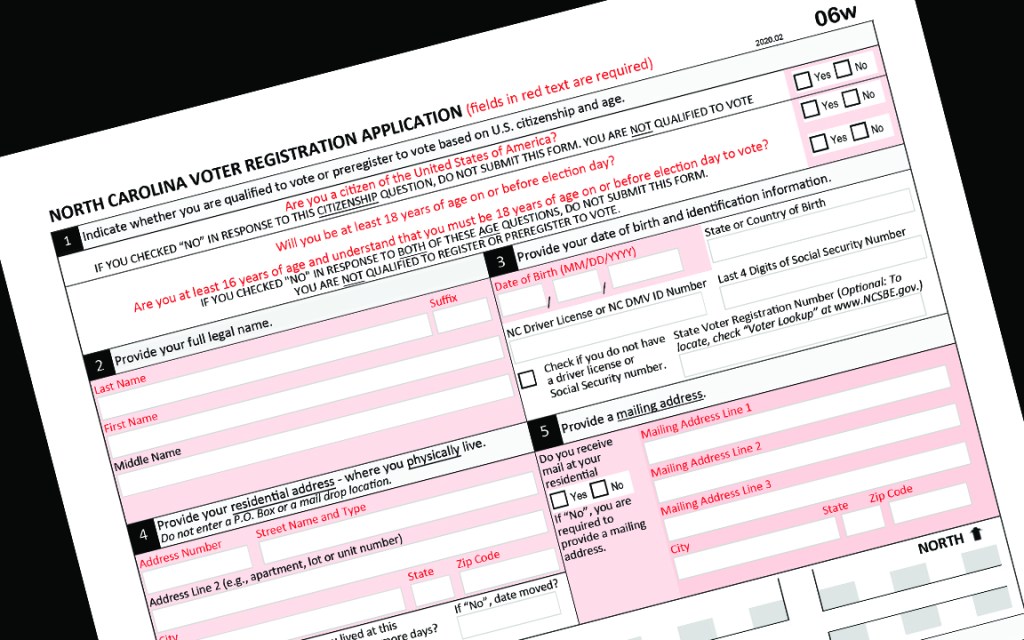 The North Carolina State Board of Elections released a statement saying that the company called Civitech mistakenly sent the voter registration forms that included incorrect name, address and birth date information. The company aims to increase voter participation and was not working with state or local governments.

The company has since been reaching out to people who were sent the incorrect forms, which were intended for those eligible to vote but not currently registered.

The state board encouraged people to carefully review any mailings from non-government groups and discard any that have incorrect information.

“Carefully review these mailings, and please remember that accurate information about the elections process, including how to register to vote, and how to check your voter registration status, are available at NCSBE.gov,” Karen Brinson Bell, the board’s executive director, said in a statement.

The board described Civitech as a vendor that “works with companies and campaigns to increase voter registrations.” The board said the mistake came in the final stages of processing due to a data error.

The company and a state board spokesman didn’t immediately respond to emails asking if the 11,000 incorrect forms were sent on behalf of a campaign or a nonpartisan group.

Civitech COO Sarah Jackel said in a statement that the company is working to contact those who received the incorrect forms and is also mailing them new blank forms.