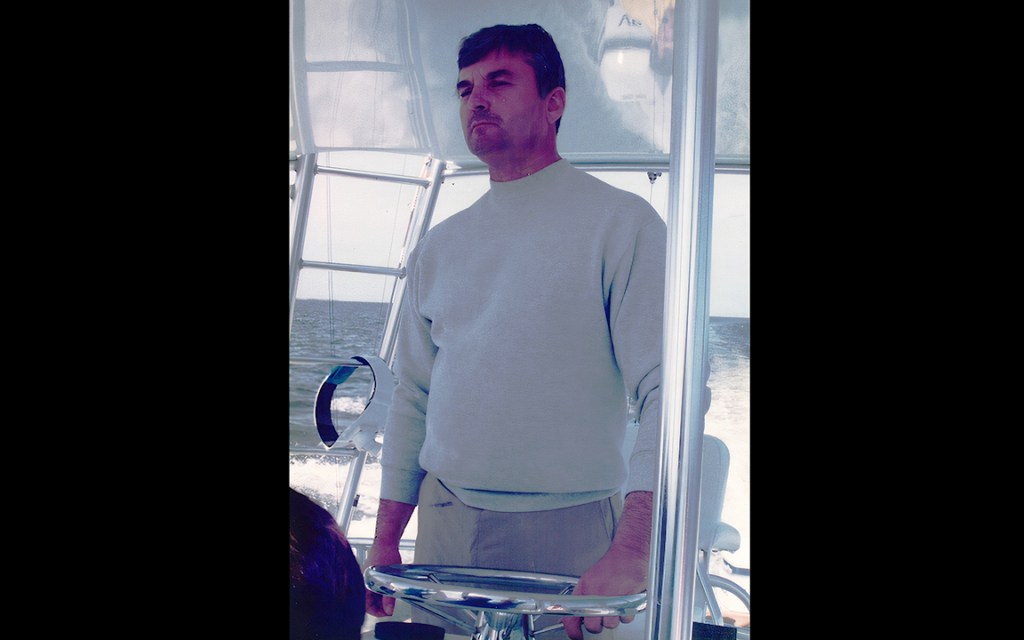 Ricky was preceded in death by his brother-in-law, Daniel “Danny” Talbott of Rocky Mount, NC.

Ricky was a legend in the boat-building world. In the late 1960s and early 1970s, he apprenticed with acclaimed local builder Omie Tillett, who was instrumental in developing and popularizing the exaggerated bow flare now known the world over as “Carolina flare,” the hallmark of Carolina-style sport­fishing boats. In the early 70s, Ricky began designing and building boats for local commercial fishermen, who needed vessels that could handle the winds and rough waters of the Roanoke, Croatan, and Pamlico Sounds. In 1977, Ricky founded Scarborough Boatworks and shifted focus to building custom luxury boats designed for sport fishing, an undertaking that brought him international attention and acclaim – when the authors of Carolina Flare asked another well-known builder to describe the boat that best captures the essence of a Carolina sportfisher, he simply said, “it’s a Ricky boat.”

Ricky, however, saw boat building as little more than a means to an end – he was almost as well known for refusing to accept awards or recognition for his boats as he was for building them. Utilitarian and practical to his core, to him boat building was primarily a means to provide for his family; that his talent for it brought him praise wasn’t a source of pride: he, after all, had done nothing to earn it – indeed, the man would have hated everything about these accolades; but the author could not refrain from expressing his pride in the man. To Ricky, the most important thing in life, perhaps the only thing important about life, is a person’s recognition of our purpose and destiny; to recognize that we are the creation of an almighty God, who, through Christ, afforded everyone the opportunity and the means to  be reconciled to Him.

Ricky’s boat-building legacy is continued by two of his sons, Ricky Jr. and Heath. Ricky Jr. now helms Scarborough Boatworks, which celebrated its 40th anniversary in 2017, and Heath works closely with the business, handling the manufacture of most of the metalwork and fittings. His middle son, Neil, is a lawyer, who also lives and practices on the Outer Banks.

14But continue thou in the things which thou hast learned and hast been assured of, knowing of whom thou hast learned them; 15And that from a child thou hast known the holy scriptures, which are able to make thee wise unto salvation through faith which is in Christ Jesus. 2 Timothy 3:14-15

A service celebrating Ricky’s life will be held at 5 p.m. on Tuesday, October 6, 2020 at the Wanchese Assembly of God, with Pastors Reggie Scarborough and Kenny Midgett officiating. In lieu of flowers or gifts, memorial donations may be made to Dare Challenge (outerbanksdarechallenge.org).