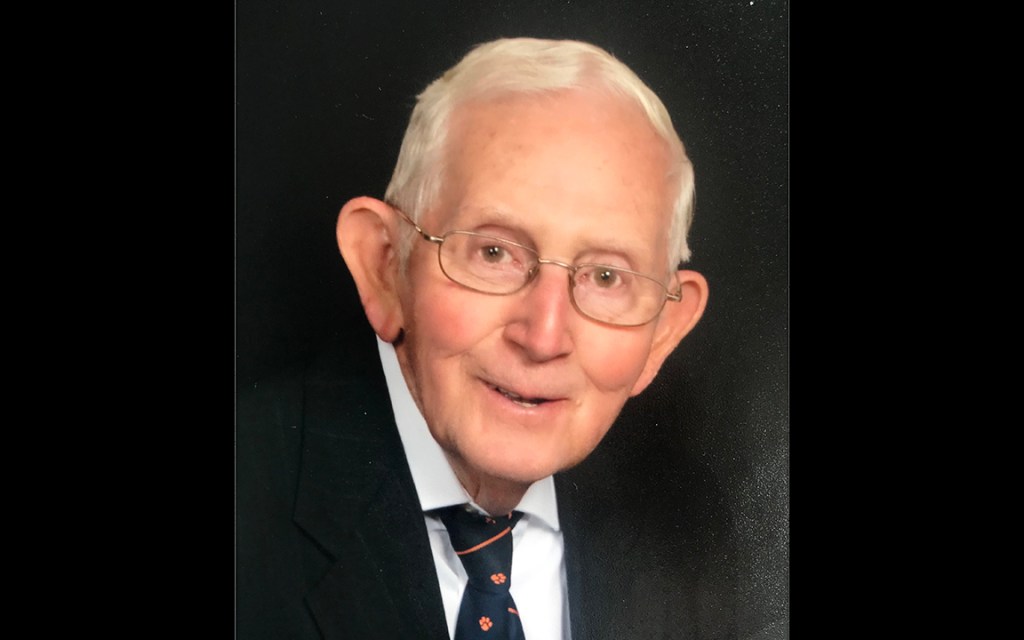 Manteo, NC – Robert Irvin Spake entered the gates of heaven on October 12, 2020 peacefully, surrounded by family. Bob was born in Shelby, North Carolina in 1931 to Irvin Monroe and Mabel Laura Whisnant Spake where he grew up with his sister Barbara on the 40-acre family farm, growing cotton, corn, and wheat and raising cows and hogs.

Bob attended Clemson University where he graduated in 1953 with a bachelor’s degree in Vocational Agricultural Education. He served in the United States Army from 1954 to 1956, completing Ranger training and obtaining the rank of 1st Lieutenant. Afterwards, Bob served as a captain in the Army National Guard and Army Reserve until moving to Army Reserve stand-by in 1965.

Bob was always active. Bob established Spake’s Nursery specializing in salt tolerant plants. He was instrumental in implementing beach grass dune stabilization, planting thousands of beach grass sprigs on the Outer Banks. Often in the summer, the family traveled to different states in the US and even to Mexico, Canada and Europe. Upon retirement in 1986 Bob took computer classes at COA, became a real estate agent, and learned to wind surf.

Bob loved people. He was a member of the Manteo Lions Club for 55 years. He especially enjoyed assisting with the annual VIP fishing tournament for the visually impaired and serving customers at the Lost Colony Lions Club concessions with his granddaughter Kiersten by his side. Bob enjoyed leading the Dare County 4-H program for kids. He made a regular appearance for morning coffee at the Diner and later at McDonald’s. Bob never met a stranger. On a family trip to Nova Scotia he struck up a conversation with a random fellow and in ten minutes had identified a mutual acquaintance. This happened often.

The strong bond Bob shared with the men of his Sunday School class at Mt. Olivet United Methodist Church spurred him on in his walk with God. Bob routinely studied his Bible in the morning before sunrise and then headed out to work in his beloved garden.

Although he grew up in the foothills of the North Carolina mountains, Bob loved living on the water. He fished, sailed, and boated with his daughters. He enjoyed sitting with the girls on the porch during a lightning storm and going down to the beach to watch a brilliant orange sunset.

Bob leaves behind his loving wife of 57 years, Argent Tucker Spake and his two daughters and their families; Jackie and Todd Hart of Manteo, NC with their daughter Kiersten; and Brenda and Michael Brent of Zagreb, Croatia with their daughters Julia, Ana and Claire. Bob was preceded in death by his sister Barbara Holland.

Due to Covid-19 concerns there will be a private family graveside service on Saturday. In lieu of flowers, please send memorial gifts to Mt. Olivet United Methodist Church at PO Box 787, Manteo, NC 27954 (or online at mountolivetumc.org) or to Manteo Lions Club at PO Box 636, ℅ Treasurer, Manteo, NC 27954. On checks made out to both Mt. Olivet and Manteo Lions Club, write on the memo line, “In memory of Bob Spake.”