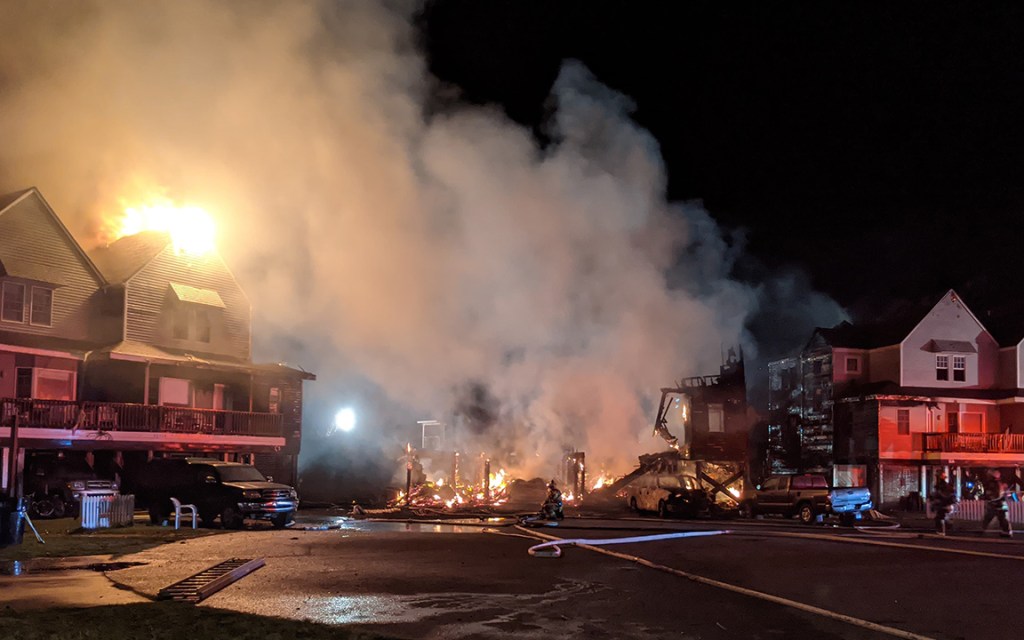 Four people are confirmed to have died in the large structure fire that broke out in the early morning hours on Friday, Oct. 23, 2020 in Buxton, according to a statement from Dare County Emergency Management.

“Thoughts and prayers are with all who have been impacted by this tragic fire, especially those that lost loved ones,” said Drew Pearson, Dare County Emergency Management director in a statement released Saturday morning. “We thank all those that answered the call, from the 911 call takers to each and every first responder, numerous volunteers and the fire investigators for their tireless efforts.”

A second alarm went out for units from Avon fire department and Hatteras Island Rescue Squad. In accordance with protocol, the primary or first responding units were re-paged. Dare County EMS, the Dare County Sheriff’s Office, Kill Devil Hills Fire Marshal and the American Red Cross were also on scene to assist.

Dare EMS sent a total of four ambulances to the scene and shifted an ambulance crew to Rodanthe to cover Hatteras Island. In addition to the ambulance crews, the shift supervisor, operations captain, deputy EMS chief and EMS Chief Jennie Collins responded to the scene.

Fire crews remained actively engaged at the fire scene into the afternoon Friday.

Dare County Emergency Management has stated the names of the deceased are being withheld, pending notification of their next of kin.

Commander of U.S. Coast Guard Sector North Carolina Capt. Matt Baer released a statement late Friday afternoon confirming the four, who were considered unaccounted for at that time, were family members of a Coast Guard member:

“With great sadness, I have confirmed that the family of one of our active duty members is currently unaccounted for. Please keep them in your thoughts and prayers while we investigate this incident with local authorities.

“The Coast Guard is a small organization. This tragic incident impacts not only this family, crew and station, but various members, families and units throughout the Coast Guard,” continued the statement from Baer. “[T]hree other Coast Guard members and their families were displaced by the fire. They are currently in a safe shelter location.

“Members trained in critical incident stress management are currently enroute to support those impacted by this tragedy. We are also working with the Coast Guard Foundation and other organizations to further support our members and families during this difficult time.”