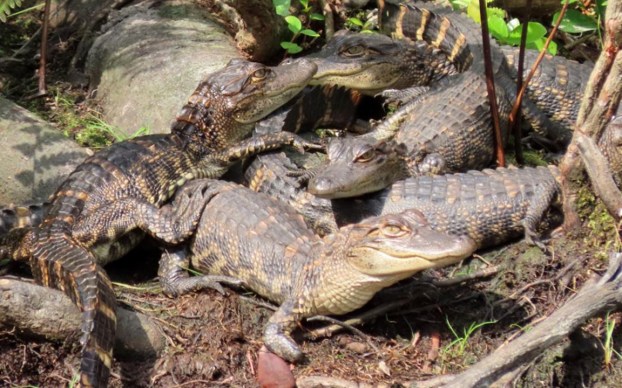 Growing up gator can be hazardous, as seen with the alligator in the foreground’s missing foot.

“We may think of gators as the prehistoric ironclad ships of the waterways,” stated USFWS. “But as rugged and solid as they are as adults, they all start out small and fragile.

“Turtles, large fish, raptors and other gators, including siblings, eat or take bites of young gators. When the entire gator isn’t eaten, sometimes a leg may become a meal, or a foot might be a snack. We hear they taste like chicken.” 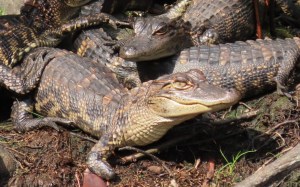 Organizations and individuals join to support victims of Buxton fire

“Just devastating, just terrible news” was the reaction of Jennifer Fyke, the spokesperson for the Coast Guard Foundation, when she... read more