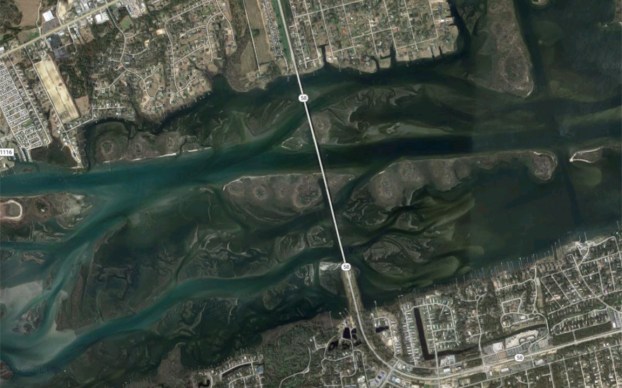 The Coast Guard responded to and is investigating a collision that reportedly took place between a 94-foot tug and barge and a pontoon boat, near the Emerald Isle High-Rise Bridge on the Intracoastal Waterway in Emerald Isle on Tuesday, November 3.

The Coast Guard issued an urgent marine information broadcast to mariners in the region and dispatched a 24-foot Special Purpose Craft-Shallow Water response boat crew and a 45-foot Response Boat-Medium boatcrew after they were notified that two people aboard a pontoon boat entered the water in the vicinity of Emerald Isle High-Rise Bridge.

One individual was reportedly removed from the water by the crew of a commercial salvage company that was nearby and another reportedly rescued by a good Samaritan, according to a Coast Guard press release.

Both individuals were brought to shore where they were met with awaiting emergency medical services and transferred to Carteret Health Care hospital.

This incident is under investigation.

Those with any information, including photos or videos, that could assist the Coast Guard in this investigation are asked to contact Lt. Lisa Fanning at 252-247-4522 or Lisa.M.Fanning@uscg.mil.

First responders work together to rescue a swimmer in Corolla