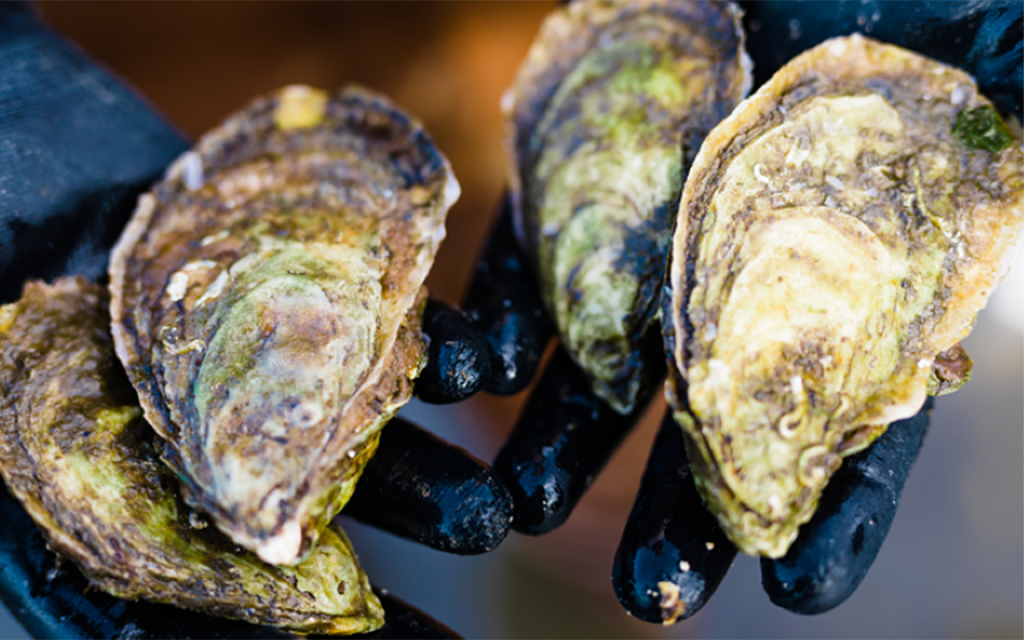 The Coastland Times has been covering an interesting and encouraging story (e.g., in the September 27 issue) about building oyster reefs in the Pamlico Sound. It is appropriately dubbed the Restaurant to Reef oyster shell recycling program, since a primary source of the shells to build the reefs are local seafood restaurants on the Outer Banks. The North Carolina Coastal Federation initiated the program but it includes local oystermen, the North Carolina Division of Marine Fisheries and other partners.

This program is a model of good environmentalism, embracing a variety of partners, from federal agencies to local businesses, volunteerism versus legislation and cost-cutting by recycling an available resource.

To get us up to speed, what exactly is an “oyster reef”? Oysters cluster on older oyster shells or other hard submerged surfaces in shallow brackish water such as found in our Pamlico Sound. The oysters fuse together as they grow, forming rock-like reefs, somewhat similar to the way coral reefs form.

The life cycle of the oyster begins with female eggs (five to eight million at a time) released into the surrounding water and fertilized by male sperms. The result of this are free swimming larvae which eventually attach to another oyster shell or other hard surface, then grow to adult size. Hence oysters are “sessile” (“rooted” in one spot like a plant), but only in their adult stage.

As more oysters come join the party, the reef grows, producing seafood in abundance, but also a natural breakwater protecting the shore from storms and habitat for many organisms, including other fin and shell fish on the restaurant menu.

Oysters are filter feeders, like most other mollusks, and thus provide a vital service in filtering and cleaning the surrounding water, turning waste into live edible tissue. But this wizardry of nature has a limit. If an oyster bed is overwhelmed with fertilizer runoff, sewage and so forth, the oysters will likely be “poisoned” and die. So restoring our oysters required cleaning up our act in the environment as well as building oyster reefs.

Growing up in north central Texas, I had little contact with seafood. (In Texas, if it doesn’t “moo” it’s probably not edible.) I do remember as a kid my father bringing home a can of oysters to sample. I was not impressed. “Must be something the French or Yankees would eat.” (My dad was a teacher and forever introducing us to a novel experience. I did the same to my children. Just ask them.)

Fast forward through the likes of college cafeteria and Army mess hall food to my moving to eastern North Carolina in 1964, where seafood was a much more familiar option.  My palette’s love affair with seafood began with my first trip to the Outer Banks shortly after arriving in our state and has continued to this day.

Once my two children were old enough, we visited the OBX frequently because it was only a short drive away and, well, you know how crazy children are for being at the beach. Stopping at Captain Bill’s Restaurant in Morehead City for a seafood meal became a family tradition. We usually got the seafood platter, loaded up with fried oysters, shrimp, flounder, scallops and, of course, hush puppies.

After we were sated with seafood, we would go to Captain Bill’s small gift shop with kids’ delights such snow shakers with a seated mermaid, decorated sea shells and sand dollars and salt water taffy sticks in various tasty favors and bright colors. A pirate’s treasure chest of fond memories.

To take a nature moment here, the seafood platter sampled from several different phyla, classes and orders of marine invertebrates, local and mostly raised in our sounds.

Oysters and scallops are mollusks (phylum) and bivalves(class), having two more or less symmetrical shells. Scallops are smooth and symmetrical, more typical of the “sea shells” you encounter walking along the beach. Oysters have a rough outside surface and often an irregular shape, kind of the “ugly ducklings” of the bivalves. But the function of that may be to make it easier for oysters to attach to each other and build their oyster reef.

The shrimp on the platter are crustaceans (along with crabs, lobsters and crayfish) of a different invertebrate phylum and more or less the aquatic (mostly) marine counterpart of insects. The flounder is of course a fish, hence a vertebrate and in a class and phylum of its own.

Let’s leave the taxonomy of oysters to get back to eating them. I like all seafood, fin fish and shellfish. I like oysters anyway but raw. As a friend of mine remarked “If it ain’t cooked how do you know it’s dead.” But my favorite way to have them prepared is very lightly breaded and fried. Now that goes to the top of my seafood list. Most restaurants over-bread and over-fry them. Overcooking seafood is surely a culinary sin.

Humans have been enjoying oysters since Roman times and long before. A midden (trash heap) full of oyster shells was discovered dated at about 10,000 B.C. The shells were unbroken and had scorch marks indicating that they were cooked on a bed of hot coals until they popped open, ready to eat. Sounds like the world’s first oyster roast?