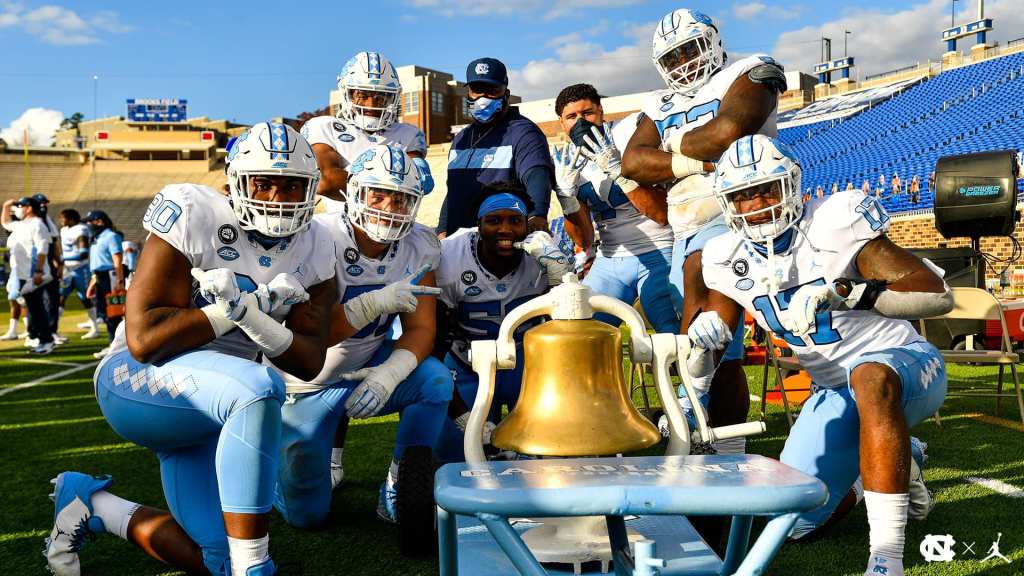 Sam Howell threw three touchdown passes and rushed for another score for the Tar Heels (5-2, 5-2 Atlantic Coast Conference), who were playing without a national ranking for the first time this season. Just like last month, they responded from a three-point loss to whip a neighboring rival, with North Carolina State the previous victim.

Williams gained 151 rushing yards on 12 carries as part of North Carolina’s output of 573 yards of total offense. Backfield mate Michael Carter scored two touchdowns, posting 85 yards on the ground on 17 attempts. Howell finished 18-for-27 for 235 yards and an interception.

The Blue Devils (2-6, 1-6) are guaranteed a losing regular-season record for the third time in five seasons.

North Carolina posted two touchdowns less than five minutes into the game. Howell’s 2-yard fourth-down pass to Williams accounted for the first score and Howell ran 3 yards untouched for the next TD.

It was 21-0 with 2:06 left in the first quarter after Williams’ 4-yard touchdown run. The Tar Heels added to the onslaught on the second play of the second quarter when North Carolina’s Carter bulled into the end zone at the end of a 22-yard pass play from Howell.

It was a strange setting as these rivals met for the 107th time, yet the stadium was empty of fans because of coronavirus-related restrictions on Duke’s campus.

North Carolina: The Tar Heels have scored more than 40 points in four games, including three in a row. This time, they eclipsed 40 by halftime.

Duke: The Blue Devils committed two turnovers, boosting their season total to 25. They have just 14 takeaways this season, with one against North Carolina on Michael Carter II’s interception.

Duke: The Blue Devils have an open weekend before concluding a three-game homestand Nov. 21 vs. Wake Forest.