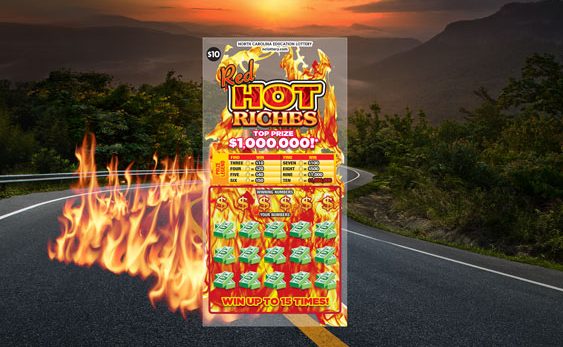 Yaheem Jones of Creswell, a former combat engineer in the U.S. Marine Corps, was cleaning up when he stumbled upon a surprise in the form of a scratch-off ticket worth $1 million.

“I bought the tickets before I left for Denver and just threw them in my book bag,” said Jones. “I flew all the way to Denver with them and everything and I didn’t even know I was a winner until a couple of days later.”

Jones, who now works as a property manager, purchased his winning $10 Red Hot Riches ticket from Mark’s Supermarket on U.S. 64 West in Creswell in Washington County.

Jones came across the lottery tickets while cleaning out his book bag. “I had the flight pass, my itinerary, my checked bag passes and I see the tickets,” he recalled.

He scratched them off one by one and finally came to the winning ticket, revealing a $1 million prize. “At first, I didn’t believe it,” recalled Jones. “I thought it was a joke.”

Jones said flying back to North Carolina from Colorado with his winning ticket was “nerve-racking.”

“I didn’t take my hand out of my pocket,” he recalled, laughing. “Not one whole time!”

Jones claimed his prize Tuesday at lottery headquarters in Raleigh. He had the choice of taking the $1 million as an annuity of 20 payments of $50,000 a year or a lump sum of $600,000. He chose the lump sum and, after required state and federal tax withholdings, took home $424,503.

He says his winnings will “help a lot” and plans to put the prize money into savings.

Red Hot Riches launched in May with four top prizes of $1 million. Jones won the last top prize so the lottery will begin steps to end the game.