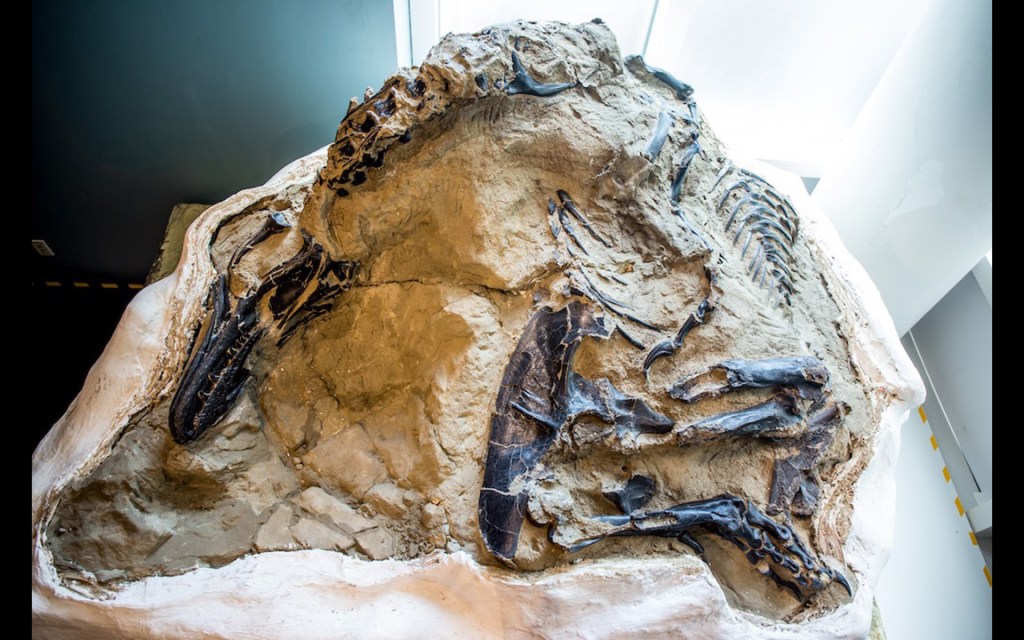 The fossil skeletons of two dinosaurs intertwined in what looks like a final death match have been donated to a North Carolina museum.

The nonprofit organization Friends of the North Carolina Museum of Natural Sciences said in a statement Tuesday, November 17 that it acquired the fossilized animals with private funds. The skeletons will be gifted to the Raleigh museum’s vertebrate paleontology collection.

The Tyrannosaurus rex and Triceratops horridus known as the dueling dinosaurs were buried together 67 million years ago.

Their fossils were discovered on a Montana hillside and remain entombed within the sediment where they were found. The nonprofit said the distinct preservation will give museum paleontologists an unprecedented opportunity for research and education.

The skeletons are worth millions of dollars and were the subject of a court battle over who owned them after their discovery in 2006. In June, a U.S. appeals court ruled the fossils belong to the owners of the land’s surface rights, not the owners of the mineral rights.