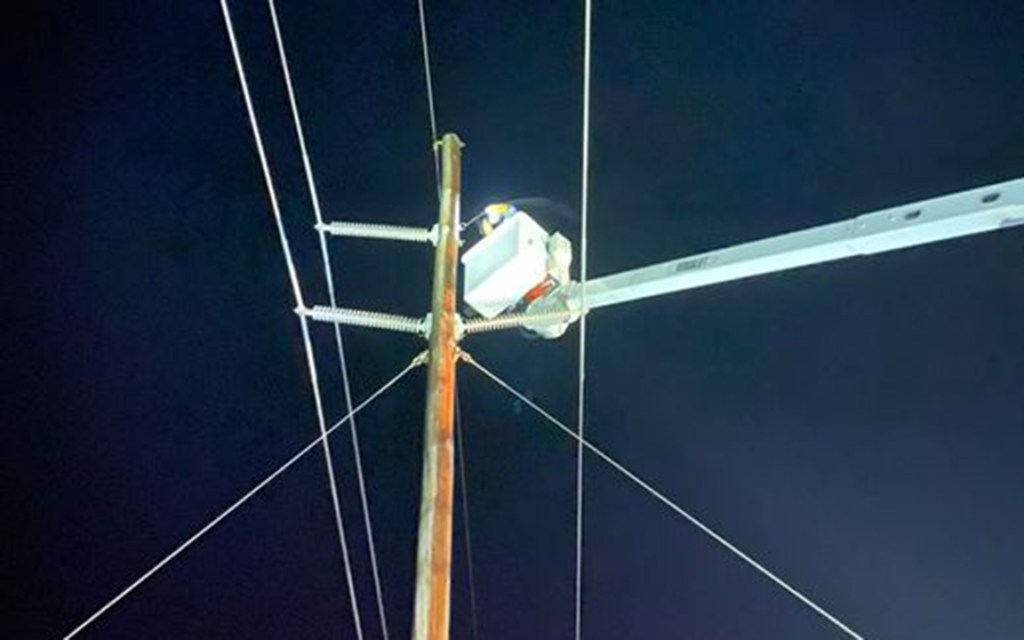 So does Richard Marlin, who wrote, “remember the days? ONE,…. TWO,…. THREE and we’re OUT!” Marlin was counting blinks.

“We got 5 or 6 blinks from this one,” said Banks about the Thursday outage. “We had time to get candles lit and flashlights prepared. If this is CHEMC problem, we will be up and running soon….”

Banks’ praise for the Cape Hatteras Electric Cooperative crews was repeated from other islanders. Thursday night, Nov. 12, was not weather nice. The linemen went anyway.

On interim manager Jim Sherfey’s first day on the job, Jan. 15, 1995, he woke up before daylight and discovered Buxton was without power. Sherfey recalled he was told “that was the way it was on Hatteras Island.”

The new transmission lines stabilized the island’s system, which was described as a rubber band stretched to its capacity.