A North Carolina man accused of shooting a deputy and another man, and evading law enforcement for more than two days, was shot multiple times in a gunfight with officers late Saturday and taken into custody.

Robert Lee Strother, 30, was shot by officers outside a home near Kinston, Lenoir County Sheriff Ronnie Ingram said in a news release Saturday night. No officers were struck in the gunfight. 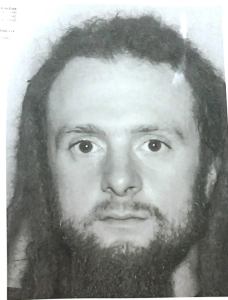 Strother had been on the run since Thursday night when the sheriff’s office said he shot Deputy Steven Key, 30, in the neck while Key was responding to a domestic call in La Grange. The deputy was taken to a hospital for treatment and later released.

Friday morning, Ingram said Strother shot a Lenoir County man multiple times and then stole the man’s pickup truck. The man was hospitalized in critical condition. The truck was found abandoned — still running and in reverse — a few hours later.

The search continued through the night Friday and throughout the day Saturday and involved officials from 26 local, state and federal agencies.

A 911 caller Saturday night said a man matching Strother’s description was sighted on the porch of a home. Officials arrived in armored vehicles and asked Strother to surrender. He refused and the gunfight ensued, Ingram said.

The statement did not detail the extent of Strother’s injuries. He faces several charges, including attempted first degree murder. It was unclear whether he had an attorney who could comment on his behalf.